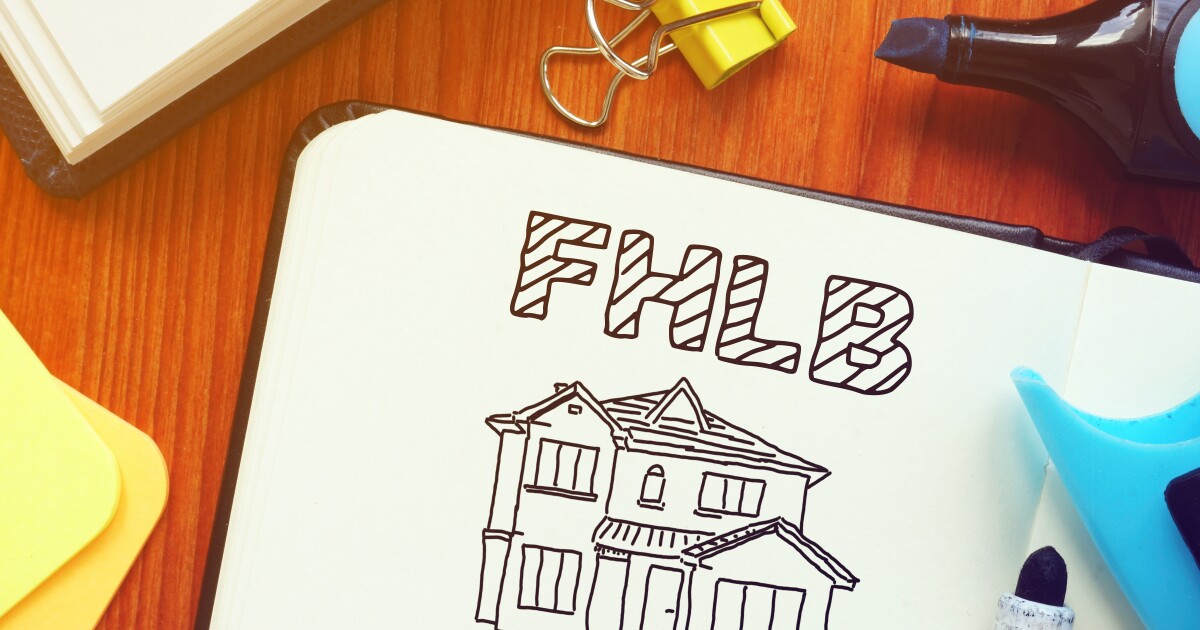 I want to begin by saying that it is with great hesitation that I alight on this column’s topic. Editorializing on a story from one’s own reporter as it breaks is cheeky, but editorializing on that same story two weeks in a row borders on poor taste.

But a few things happened with the Silvergate-Home Loan banks story in the past week that make the topic worthy of an encore. One is that some of the nuances of what was important about the story have come into higher relief and have been placed in valuable context. The other is that, upon further reflection, the cause of concern is less about crypto infiltrating the banking system as it is about the Home Loan banks being a far more critical artery of liquidity in the financial system than policymakers may appreciate.

To recap: We wrote a story last week that showed that Silvergate Bank — a crypto-pivot bank that saw roughly 70% of its deposits disappear as the FTX fiasco unfolded — had obtained $4.3 billion in advances from the Federal Home Loan Bank of San Francisco in the fourth quarter. Those advances came to account for most of the bank’s liquid assets, even though the bank had only a vestigial tether to mortgages, housing development or anything else that might further the Federal Home Loan Banking System’s ostensible mission. What is more, because Home Loan bank advances get repaid before Federal Deposit Insurance claims in a resolution, the FDIC could potentially take losses were the bank to fail.

Home Loan banks make advances to their members in large part based on the value of their collateral, and not based on the business lines their members are engaged in. As Federal Home Loan Bank of San Francisco President Teresa Bazemore said in a LinkedIn post last week, Home Loan banks “do not have any oversight responsibility for a member institution’s business operations,” but rather rely on those that do to flag an institution as unworthy of credit. So the fact that Silvergate’s deposit flight is tied to the downturn in crypto is interesting and certainly newsworthy, but not necessarily material in the San Francisco bank’s decision about whether to advance Silvergate cash in exchange for government-backed securities.

It’s worth pausing here for a moment to note that at this point in the thread, Silvergate may seem shaky but does not yet appear to pose a systemic risk. The systemic risk angle to the story comes into play were Silvergate to fail — or, in a scenario more likely to actually pose a risk to the financial system, the failure of a string of Silvergate-like banks that are similarly situated and indebted to the Home Loan banks.

But even there the risk seems somewhat remote. Home Loan bank advances are secured by government-backed debt, which is very good collateral indeed. So in the event of a failure, the Home Loan banks have a priority lien that could leave the FDIC holding the bag, but the collateral held on those advances would likely sop up a considerable portion of that debt.

And as we look around the banking industry, there don’t seem to be another dozen Silvergates out there that could act as a force multiplier for that risk. Signature Bank, for example, also expanded aggressively into banking crypto companies and has reported a sizable runoff of deposits and has turned to the Home Loan banks for liquidity. But an important difference in Signature’s case is that it has a robust multifamily housing business that makes its tether to the Home Loan Bank System more apparent on the one hand and its portfolio more diversified than Silvergate’s on the other.

Before we decide that the Silvergate-Home Loan bank story is more of a financial curio than an imminent hazard, let’s consider another piece of news that came in under the wire late last week. The Federal Reserve published its semiannual Senior Financial Officer Survey late Friday and found that 77% of respondents whose bank belonged to a Home Loan bank said they were “very likely” to use the Home Loan banks to replenish lost liquidity, with another 14% saying they would “likely” avail themselves of those advances if the need arose. By contrast, 78% of respondents said they were “not likely” to use the Fed’s discount window to obtain liquidity, and 0% saying they were “likely” to do so.

That should give us pause. The Fed’s discount window is the lender of last resort, and using it sends a powerful signal to the market that you’re out of options and thus unworthy of further investment — that’s why banks don’t want to use it. But if a bank can get all the liquidity benefits of a discount window without the market blemish — or, apparently, the oversight — then why wouldn’t a bank do that instead? Indeed, many have and do, and the reach of those loans, as we learned from the Silvergate experience, likely goes far beyond housing and related markets.

Even here, there isn’t an imminent threat to financial stability. Banks are well capitalized and markets are humming along at the moment, and no matter how volatile crypto may become it is not a big enough market to crater the economy.

For that to happen, it would require a massive shock to the system and/or a massive devaluation of government debt. Is there anything on the horizon that could create those conditions?

I can think of something: the debt-ceiling crisis.

25 important stats about the DeFi industry from 2022