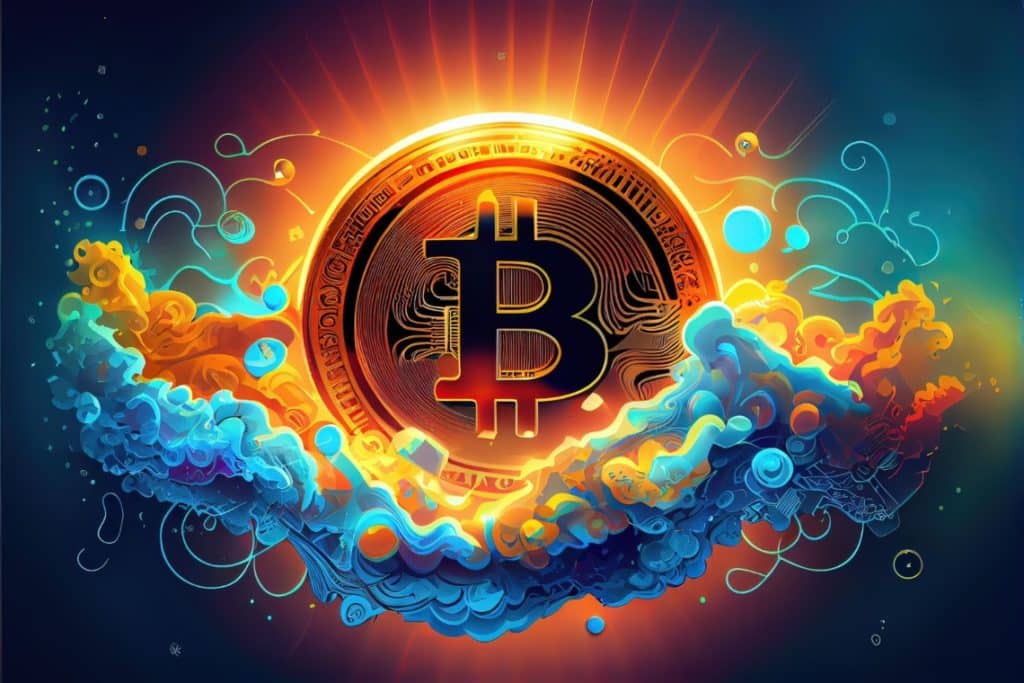 The purpose of this article is to analyze the level of Bitcoin adoption in early 2023, after a year of turmoil during which Bitcoin’s price reached its lowest levels in two years.

In order to analyze the current level of Bitcoin adoption, we will consider the six metrics listed below:

Finally, we will look at the main opportunities that could positively impact Bitcoin adoption during 2023 and the years to come.

In this chapter, we will analyze the growth of the user base of major crypto exchanges during 2022. This metric is important for assessing Bitcoin adoption levels since, for most users, the first step in entering the cryptocurrency world is to purchase an initial amount on an online exchange platform.

Major exchanges internationally have just released their year-end reports, which include updated information on the growth of their user base. We report below, for each exchange considered, the respective user base at the end of 2021 and at the end of 2022, as well as the growth rate for the year considered:

In December 2021 it had 73 million verified users. Over the next twelve months, its user base grew by 48% to 108 million. To date, Coinbase represents the second largest crypto exchange in the world after Binance in terms of number of users. In terms of trading volume, Coinbase ranks fourth in the world with as much as €2 billion in daily trades.

In its latest year-end letter, Binance‘s CEO revealed that by 2022 the platform had reached 120 million users (thus quadrupling its user base compared to 2021). With more than 19 billion in daily trades, today Binance represents the platform with the largest trading volume in the world.

From February 2021 to December 2022, Crypto.com’s user base grew 7-fold to 70 million individuals (20 million of which were gained between May 2022 and December 2022 alone). This platform, originally from Singapore, was only launched in 2019 and is already the 40th largest exchange in the world by trading volume (€370 million in daily trades).

From December 2021 to December 2022, the number of KuCoin users nearly tripled, growing from 10 million to 27 million. With 660 million euros of daily trading, KuCoin represents the 27th largest exchange in the world by trading volume to date. It was founded in 2017 by Michael Gan and Eric Don and today offers the ability to buy and sell over 700 cryptocurrencies in more than 200 countries around the world.

From March 2022 to January 2023, Bitget’s user base quadrupled, growing from 2 million to 8 million. Bitget’s growth is due in large part to the company’s ability to forge strategic partnerships with major sports personalities, including Leo Messi.

Founded in 2018, today Bitget represents the 29th largest exchange in the world by trading volume (more than 605 million in daily trades). It operates in 50 countries around the world and boasts a team of more than 600 professionals.

More than 100 million mobile wallets were downloaded between January and October 2022. This figure testifies to a drop in downloads of more than 40% compared to data from 2021, a period of full bull run when the number of wallets downloaded exceeded 177 million. However, it is important to mention that this record figure corresponds to the highest level of annual downloads ever recorded and that at the time of writing we are at a level three times higher than the pre-bull run period of 2020:

On the other hand, the following graph shows the downloads of one of the largest wallets, Blockchain.com, and shows us how these have increased over the past 12 months (although growth has slowed down quite a bit from October 2022 to the present):

In particular, the number of Blockchain.com wallet users has increased by 6% over the past year, exceeding 85 million (cumulative downloads from 2011 to the present).

Even though during 2022 the price of Bitcoin reached its lowest value in 2 years, the adoption of cryptocurrency among merchants has grown. Evidence of this can be found in data from coinmap.org, which reports a 7% increase in the number of merchant establishments accepting Bitcoin between January 2022 and January 2023:

The table below orders in descending order the Italian cities with the largest number of businesses accepting Bitcoin as a payment method in 2023:

The following, on the other hand, is a chart sorting Italian cities by the number of Bitcoin ATMs they have (updated as of September 2022):

The Bitcoin hash rate also grew during 2022 and shows a clear upward trend:

The importance of considering hash rate as a broad adoption metric stems from the fact that its value is positively correlated with the difficulty of the network and the number and size of miners. Simply put, the arrival of new operators in the mining industry leads to an increase in difficulty and thus in hash rate. As we see in the graph above, Bitcoin’s hash rate in 2023 is at a higher level than the bull run of 2020-2021, despite the fact that the price of the asset has collapsed.

The number of daily transactions, an indicative measure of Bitcoin usage, continues to hover between 200,000 and 300,000 since January 2022. However, if we look at a broader time horizon, we note how this metric has been going through a downtrend since January 2018:

This downtrend seems to have stopped in the last 12 months, a period in which the value of this metric has consolidated in the 200,000 to 300,000 range.

Italy unfortunately still has a low level of adoption and is not included in the ranking of the 20 countries considered, which also excludes all other states belonging to the European Union.

Opportunities for adoption in 2023

During 2022, several countries around the world took major steps toward greater adoption of Bitcoin and decentralized technologies. Major events include El Salvador’s new bill to launch Bitcoin Bonds, the adoption of Bitcoin as an official currency by the Central African Republic, the collaboration between Tether and Lugano under the Lugano Plan B initiative, and finally the birth of Bitcoin Island in the Philippines. Let’s see them in detail below:

The Plan B Forum, an event sponsored by Tether Operations Limited and the City of Lugano in order to facilitate the adoption of Bitcoin in Switzerland’s most populated city, was held in Lugano on 28 October 2022. Thanks to the partnership with Tether, the City of Lugano can already boast thirty businesses that accept Bitcoin as a payment method.

However, Lugano’s Plan B has even more ambitious goals: to extend the use of Bitcoin to the payment of taxes and to transform Lugano into a crypto-friendly city. The mayor of Lugano stated in this regard that: “the Swiss law itself already facilitates the use of this tool, we want to extend the use as much as possible and make the city a place where blockchain-related professionalism and startups are born.”

The initiative of the City of Lugano thus represents a great opportunity to promote the adoption of Bitcoin on the European continent, starting right from one of the world’s leading financial centers.

In the Global Crypto Adoption Index ranking that we have seen in the previous paragraphs, three African states appear among the top twenty: Nigeria, Morocco and Kenya. In addition, On 27 April 2022, the Central African Republic followed in El Salvador’s footsteps, establishing itself as the second country in the world to adopt Bitcoin as its official currency.

On the Fourth of July, it also launched its CBDC (Sango Coin). The high prevalence of Bitcoin in Africa is likely due to the high inflation rates that characterize the economies of most countries on the continent and the dependence on foreign remittances.

To make matters worse, Africa has the largest concentration of individuals without bank accounts.

Boracay is a small island in the Philippines with a population of less than 20,000. However, it is frequented each year by thousands of tourists attracted by its beaches. The company behind the wallet, Pouch, has implemented an extensive evangelization campaign on the island and converted more than 100 local businesses that now accept Bitcoin as a means of payment.

The reason Pouch chose to focus on the Philippines is due to the country’s rapid adoption of cryptocurrencies. As we saw in the chapter devoted to the Global Crypto Adoption Index, the Philippines is in fact the second largest crypto adoption country in the world, second only to Vietnam.

On 17 November 2022, the Minister of Economy of El Salvador presented a new bill confirming the government’s plan to raise $1 billion for the construction of “Bitcoin City.” This bill calls on lawmakers to create a clear legislative framework for the use of digital assets in public issues in the country of El Salvador.

“Bitcoin bonds,” the tools that will be used to raise financing, had been introduced by Bukele as early as 2021. During 2022, however, the project was continuously postponed. In fact, the launch was scheduled for March 2022, and it was then delayed to September and then to a date to be determined. According to Bukele’s statement, the delay was caused by the fact that the government had to prioritize pension reform.

In any case, when the Vulcan Bonds are finally launched, they will represent the first example of bonds issued on blockchain. The hope is that this can finally become a reality in 2023, and inspire other states to adopt decentralized finance.

Although Bitcoin’s price plummeted during 2022, its fundamentals still appear solid. In particular, the number of users of major exchanges has increased at a very fast pace over the past 12 months, and some platforms have seen their user bases increase by 300% to 400%. The number of downloads of Bitcoin wallets in 2022 was 100 million, down 40% from 2021 but up 300% from 2020.

In contrast, the number of businesses accepting Bitcoin worldwide increased by 7% in 2022, and today we count more than 30,400 businesses. The hash rate shows a clear upward trend and the number of daily transactions has been moving within the 200 to 300 thousand range for a good 12 months.