Blue-Chip NFTs fell in value, but this Ape proved its mettle in the final days of 2022 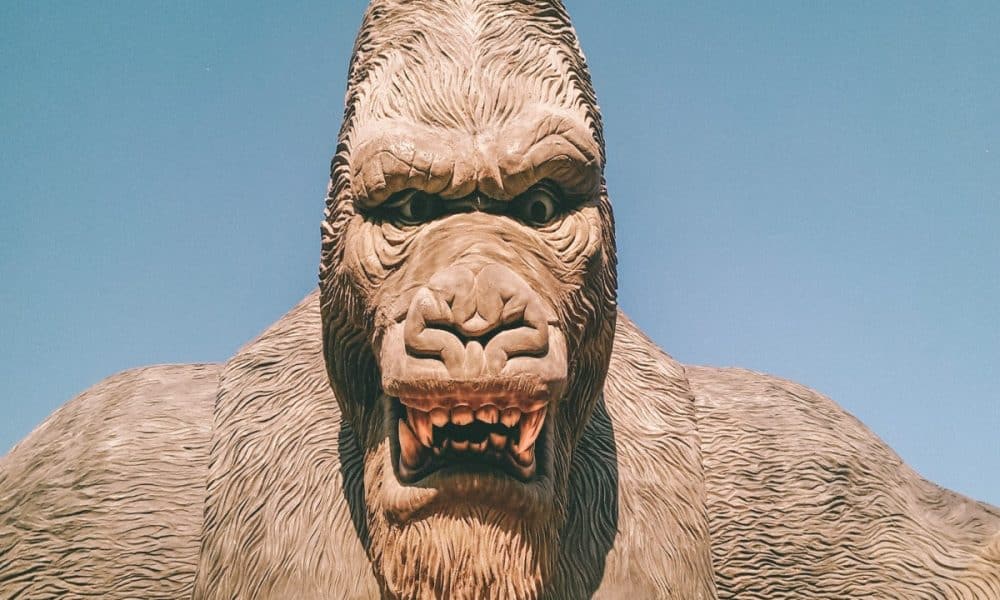 Closing 2022 at an index of 9,248 ETH, Blue Chip NFTs suffered a drop in value, data from NFTGo revealed.

Blue Chip NFTs are a subcategory of the broader NFT market that is considered to be of high quality and value. Examples include Bored Ape Yacht Club [BAYC], Mutant Ape Yacht Club [MAYC], Crypto Punks, and Meebits.

According to NFTGo, the Blue Chip Index is calculated by weighing the market capitalization of Blue Chip NFT collections to determine their performance. In 2022, Blue Chip Index fell by 36%.

The decline in the value of Blue Chip NFTs in 2022 mirrored the general market sentiment towards NFTs. This was because many viewed these digital collectibles as luxury items during a bull market rather than stable and inflation-proof investment vehicles.

BAYC ended the year as a leader

Per data from NFTGo, in the first half of 2022, CryptoPunks temporarily led the NFT vertical as the collection with the highest market capitalization, as it held a 10% share of the entire NFT market capitalization. However, towards the end of 2022,  its value declined steadily, and BAYC replaced it. 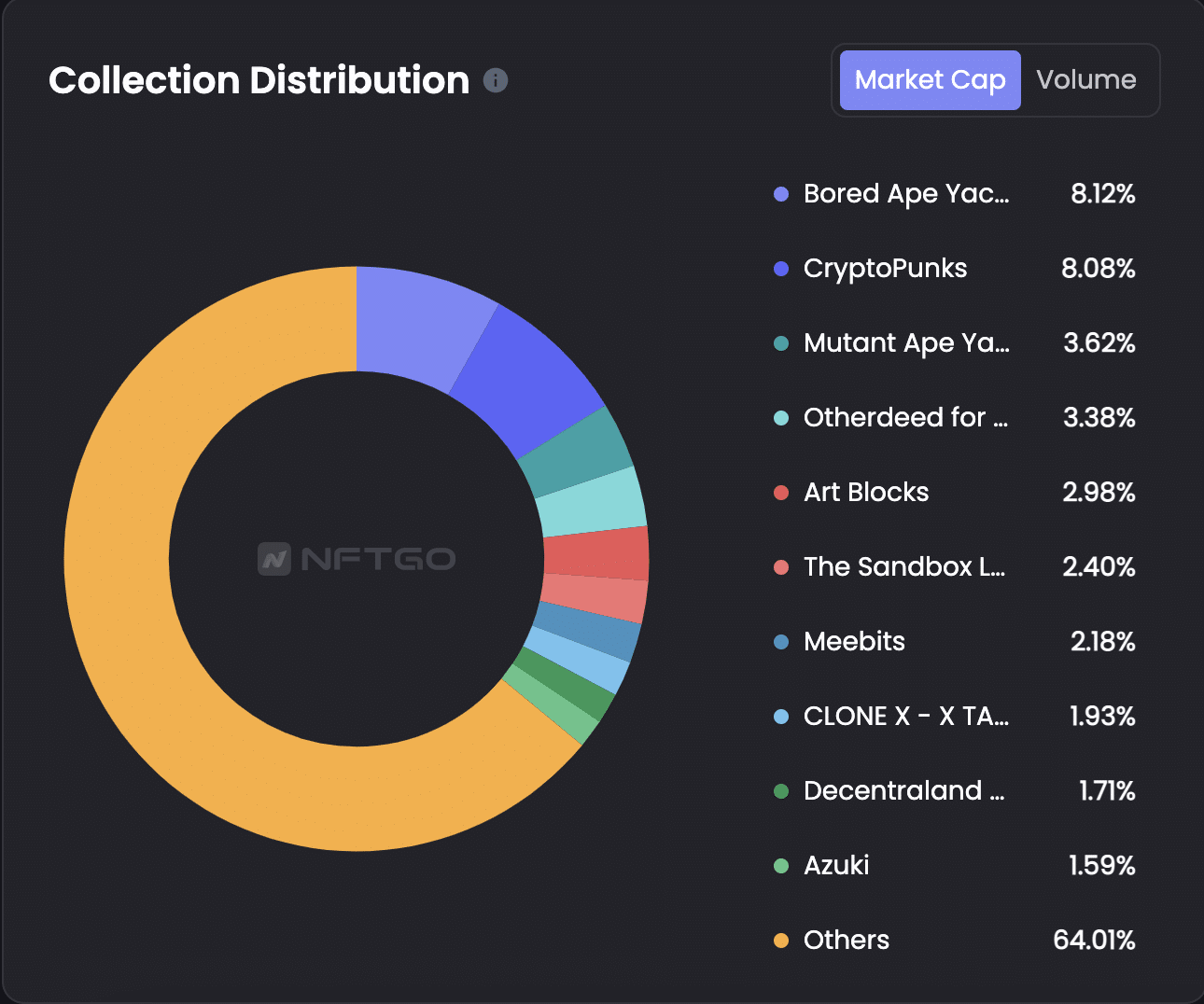 The digital collection, however, saw a steep fall in value in 2022. According to CoinGecko, the NFT collection commenced 2022 at a floor price of 60 ETH.

Seeing increased trading volume in Q1, its floor price rallied to peak at 153.7 ETH on 1 May. However, it declined steadily since this claiming high, and a BAYC sold for 71 ETH on 31 December. 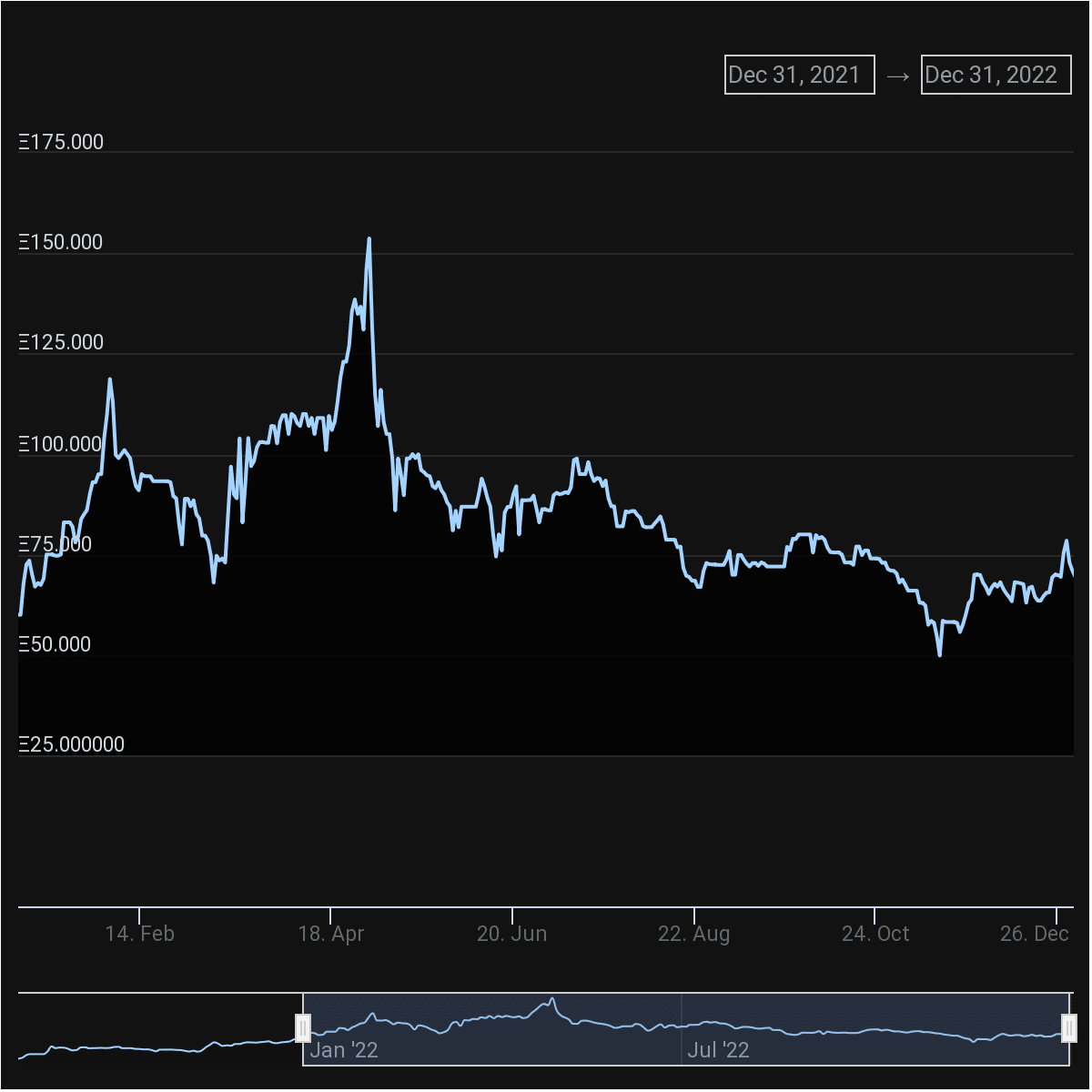 Furthermore, the daily sales volume peaked at $112 million on 28 April before embarking on a southward movement.

According to CryptoSlam, BAYC suffered the most drop in sales volume in October 2022. Within the 31-day period,  only 317 sales transactions that totaled $31 million were completed.

So far this year, 17 BAYC sales transactions have been completed. Sales volume was up by 51% in the last 24 hours, and the same totaled $1.37 million, placing it closely behind Otherdeed with a sales volume of $1.87 million.