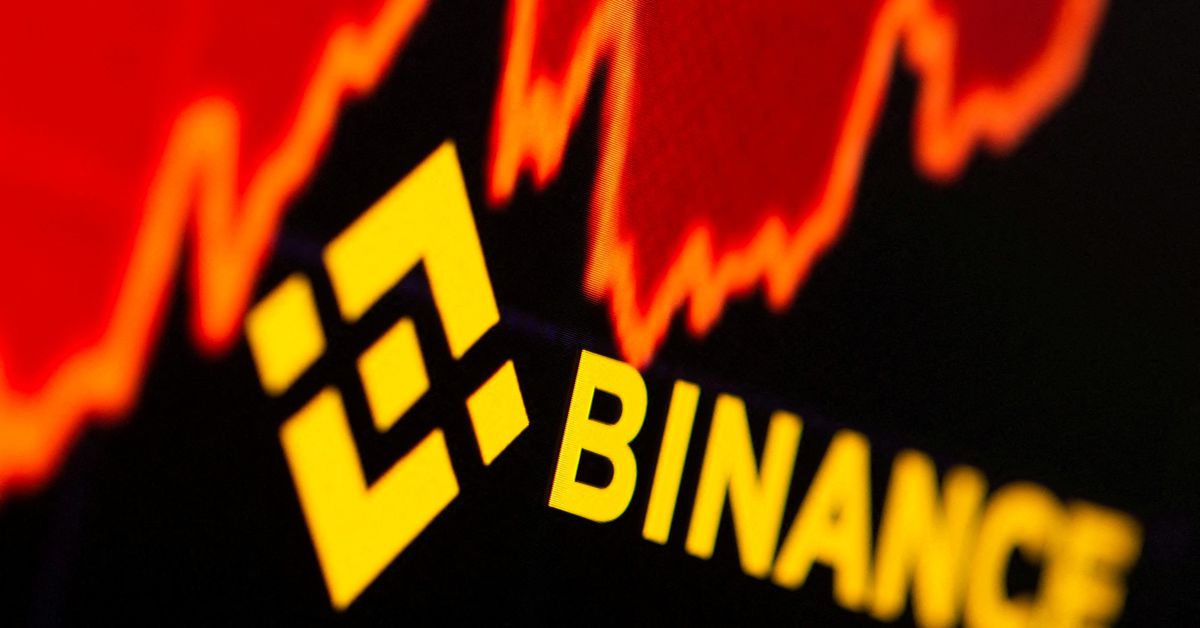 WASHINGTON/LONDON, Nov 8 (Reuters) – Crypto giant Binance signed a nonbinding agreement to buy rival FTX’s non-U.S. unit, FTX.com, to help cover a “liquidity crunch” at the cryptocurrency exchange, the companies said on Tuesday, in a surprise move that raised fresh concerns about the risks investors face in the volatile crypto market.

Binance CEO Changpeng Zhao said in a tweet that FTX, run by billionaire Sam Bankman-Fried, had “asked for our help” after “a significant liquidity crunch.”

He said Binance, the world’s biggest crypto exchange, will be conducting due diligence in the coming days as the next step toward an acquisition of FTX.com. The U.S. operations of Binance and FTX are not part of the deal, Bankman-Fried said in a separate tweet.

“It has been an open secret for a while now that FTX and Binance were in existential competition; the only surprise today is that things have escalated so quickly to a seeming conclusion,” said Joseph Edwards, investment adviser at Securitize Capital. “The move should provide relief to consumers in the short-term, but creates question in the long run.”

The deal is the latest emergency rescue in the world of cryptocurrencies this year, as investors pulled out from riskier assets amid rising interest rates. The cryptocurrency market has fallen by about two-thirds from its peak to $1.07 trillion.

It also underscores an abrupt reversal of fortune for Bankman-Fried, who had positioned himself as the industry’s saviour by rescuing rivals who had gotten into trouble earlier in the year.

“Liquidity crunch issues continue to haunt the crypto market,” said Dan Raju, CEO of Tradier, financial services provider and brokerage. “It’s scary to think that FTX, which is one of the largest crypto exchanges in the world, was bitten by liquidity concerns and Binance, their biggest rival, is coming to their rescue. This will make for some strange bedfellows.”

FTX had seen around $6 billion of withdrawals in the 72 hours before Tuesday morning, according to a message to staff sent by Bankman-Fried that was seen by Reuters.

“On an average day, we have tens of millions of dollars of net in/outflows. Things were mostly average until this weekend, a few days ago,” Bankman-Fried wrote in the message to staff sent on Tuesday morning. “In the last 72 hours, we’ve had roughly $6b of net withdrawals from FTX.”

Withdrawals at FTX.com are “effectively paused,” he wrote, adding that would be resolved in “the near future.”

FTX did not immediately respond to a request for comment on the message to staff.

The deal comes after the in-house token of crypto exchange FTX slumped, losing one-third of its value and dragging down other major digital assets, amid talk of pressure on FTX’s financials.

Binance, which dominates the crypto industry, with over 120 million users, is currently under investigation by the U.S. Justice Department into possible violations of money-laundering rules, Reuters reported last week.

A spokesperson for the U.S. Commodity Futures Trading Commission said the agency is monitoring the situation.

News of the deal initially buoyed major cryptocurrencies, but those gains were quickly erased.

FTX token – which gives holders discounts on FTX trading fees – was last trading at 11.83, down 47%.

Bitcoin , the biggest digital token, was down 6%.

“People have a legitimate reason to worry about the security of their digital assets if one of the world’s largest centralized exchanges ends up in financial difficulties,” said Pascal Gauthier, CEO and Chairman of crypto security firm Ledger. “It’s time for an honest, industry-wide reckoning on the importance of crypto custody.”

Crypto users raised questions on Twitter last week about FTX’s token following a report by news website CoinDesk on a leaked balance sheet from Alameda Research, a trading firm founded by Bankman-Fried that has close ties with FTX.

On Sunday, Zhao said his firm would liquidate its holdings of the FTX token due to unspecified “recent revelations.”

Bankman-Fried had initially said the exchange was “fine” and that concerns were “false rumours.”

In a tweet on Tuesday, he said his teams were working on clearing out the withdrawal backlog: “This will clear out liquidity crunches. This is one of the main reasons we’ve asked Binance to come in.”

“A *huge* thank you to CZ, Binance,” Bankman-Fried wrote, referring to the rival CEO who goes by his initials.

How Long Before Ethereum Price Reaches the Bottom? And What Will That Be?