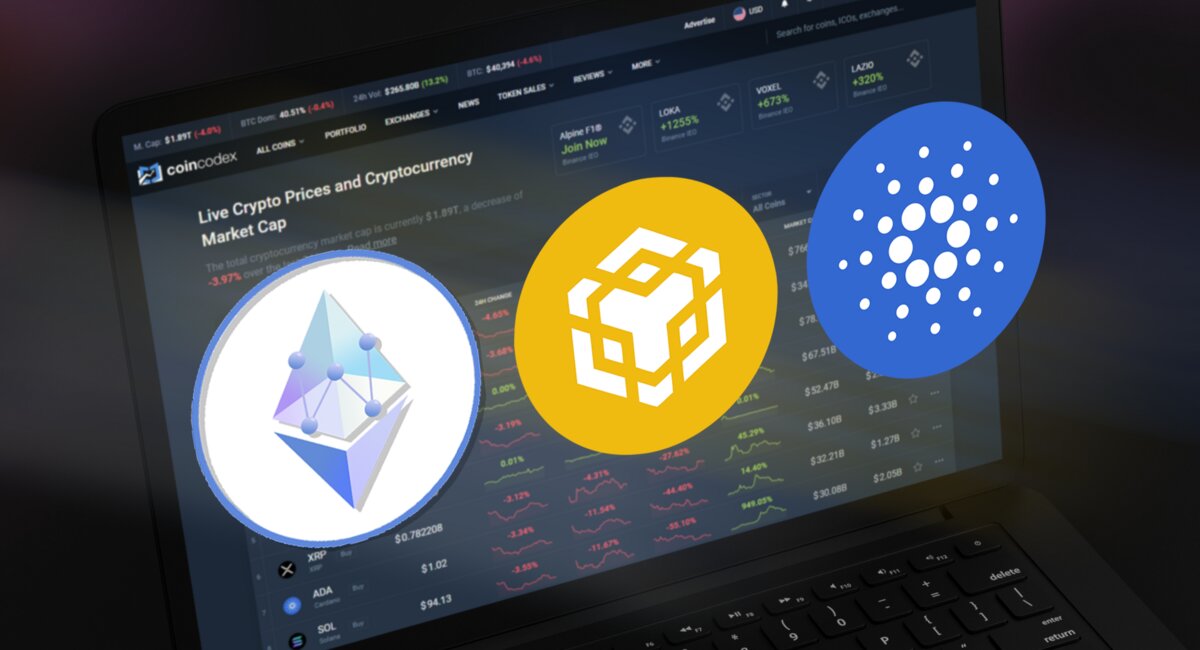 With the Ethereum Merge now behind us, it’s likely that other blockchain and cryptocurrency projects will start seeing some increased attention. Let’s take a look at three projects that will be especially interesting to watch in the coming week.

Why EthereumPoW? This week could be crucial for WETH markets

The next week could tell us a lot about whether EthereumPoW will be a project with staying power or if it will quickly fade into obscurity. ETH holders on multiple cryptocurrency exchanges have received their ETHW allocations, and the tokens can of course also be accessed by those who held ETH in their wallets at the time of the fork.

Initially, there has been a lot of selling pressure for ETHW as users who aren’t interested in the project offloaded their ETHW “airdrops”. On September 15 alone, the coin’s price crashed from a local peak of $45 all the way down to $9.30 before the market saw a slight recovery. This week, we will be on the lookout to see whether the coin can establish some kind of price support or if the price will continue to decline.

A worrying sign is that there doesn’t seem to be much interest from developers for building projects on EthereumPoW, and many of the leading Ethereum-based projects have explicitly stated that they are committed to the Proof-of-Stake chain. Regardless of the project’s long-term prospects, the ETHW markets could be very volatile and interesting to watch in the next few days.

BNB is a token that was launched by the Binance cryptocurrency exchange in 2017. BNB serves two primary functions. Holders of the token get access to special benefits when using Binance – this includes lower trading fees, access the exchange’s Launchpad and Launchpool programs, cashback on Binance Visa card purchases, and more.

The token is also used as the native asset of the BNB Chain blockchain. BNB Chain is a variant of Ethereum that offers significantly lower transaction fees to users, and it allows developers to easily deploy EVM-compatible decentralized applications. Previously known as Binance Coin, BNB has now gone through an extensive rebranding.

BNB Chain projects can leverage Google Cloud’s cloud infrastructure to build their projects, and leverage the platform for on-chain data analysis and encryption. In addition, select Web3 projects building on BNB Chain will benefit from “accelerated access” to the Google for Startups Cloud Program.

There has also been an exciting BNB Chain-related announcement from Binance, which has introduced Binance Account Bound (BAB) tokens. BAB tokens are an example of non-transferrable or “soulbound” tokens, and are available to Binance users who have completed the exchange’s identity verification process. Users can mint their own BAB token and use it to verify their identity with selected BNB Chain projects to access exclusive opportunities.

Cardano is a blockchain project that launched in 2017. It operates through a Proof-of-Stake consensus mechanism, and is integrating smart contracts functionality to support decentralized applications like DEXes. The Cardano blockchain also supports custom tokens, which use the same architecture as the network’s native asset ADA. The Cardano project consists of three main organizations: IOHK, which leads the project’s technical development, the Cardano Foundation, which promotes the adoption of Cardano, and Emurgo, which is focused on working with businesses.

Why Cardano? The Vasil hard fork is approaching

The Cardano mainnet will be receiving the highly-anticipated Vasil upgrade on September 22. According to Cardano developers Input Output, Vasil is the most significant upgrade to Cardano yet. The upgrade was pushed back previously as developers needed more time for testing after discovering bugs in the code.

VASIL UPGRADE: DATE CONFIRMED ?
Following the successful completion & extensive testing of all core components, plus confirmed community readiness, we along with @cardanostiftung can today announce 22nd September for the #Vasil upgrade on the #Cardano mainnet. ?$ADA
1/9

After the upgrade is complete, users will be able to benefit from increased network capacity and lower transaction fees. The upgrade will also provide a boost to Cardano’s smart contracts framework Plutus. This will allow developers to build more sophisticated decentralized applications on the Cardano blockchain.

Per Input Output, Cardano holders and users don’t need to take any steps to prepare for the Vasil upgrade, as the transition is expected to be “seamless”.

Tamadoge Presale Is Over: Big Eyes Coin Vows To Be Bigger