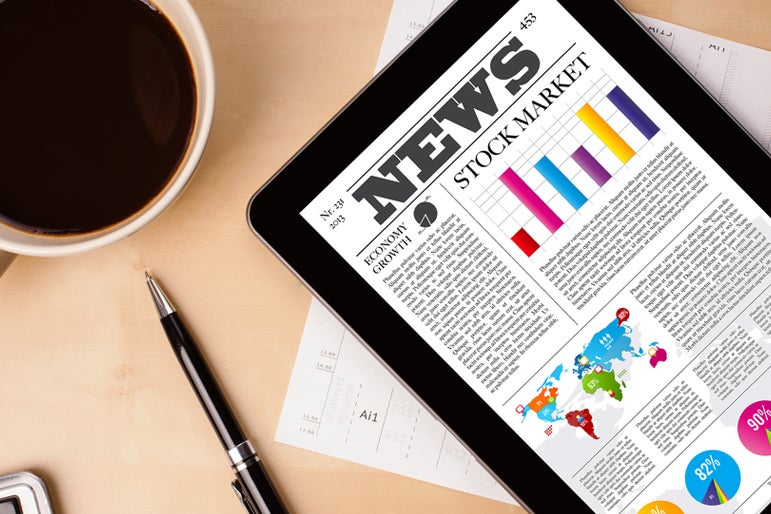 As the fourth-quarter reporting season starts in earnest this week, chatter over the weekend focused on its impact on the fledgling recovery seen in the market. Discussions also centered around the odds of a recession materializing and the likely monetary policy stance of the Federal Reserve when it meets at the end of the month.

Here’s a recap of a few major headlines that hit the wire over the weekend:

1. Apple Avoids Layoffs: Apple Inc. AAPL was the lone high-profile tech company that has steered clear of job cuts amid the current tech downturn. The company’s lean manufacturing setup, thanks to its outsourcing to contract manufacturers, and austere amenities have helped it weather the tough environment without having to wield the ax, a report in The Wall Street Journal said.

2. Doge Runs Over Weekend: Some cryptocurrencies, including Bitcoin BTC/USD and Dogecoin DOGE/USD, picked up some upward momentum over the weekend. Crypto analyst Rekt Capital said Dogecoin was testing the top of a falling wedge, attempting to break out of it. If it is successful in its attempt, it could be in for a big upward move, the analyst said.

3. Activism At Salesforce? A Wall Street Journal report said activist investor Elliott Management has picked up a multi-billion-dollar stake in Salesforce Inc. CRM. The hedge fund reportedly said it looks forward to constructively working with the company to realize the value befitting a company of its stature.

4. Brazil, Argentina Working On Common Currency: South America’s two largest economies — Brazil and Argentina — have started preparations to launch a common currency, reports said. The two countries would reportedly discuss the plan at a summit in Buenos Aires this week. The two nations have also called out to other Latin American countries to join them. If the efforts fructify, the world’s second-largest currency block after the eurozone could be created.

5. Evergrande Chairman’s Fortunes Go Up In Smoke: Embattled Chinese real estate developer Evergrande’s chairman Hui Ka Yan has seen his net worth drop from $42 billion in 2017 to $3 billion currently, according to Bloomberg. Evergrande’s fortunes have taken a turn for the worse after the property market in China collapsed and the company was not able to keep up its commitment with regard to its debt obligations.

As the fourth-quarter reporting season picks up momentum, a few high-profile tech companies and blue-chips are scheduled to report their earnings this week.

Vanda Research’s data show that retail investors continued to pile on Tesla Inc. TSLA stock despite its steep decline in 2022.

JPMorgan Strategists’ latest analysis showed that the U.S. stock market is baking in a lower recession odd than it did in October.

Read Next: Fed Tightening Cycle Near Peak? This Treasury Futures Trend Seems To Say It Could Happen