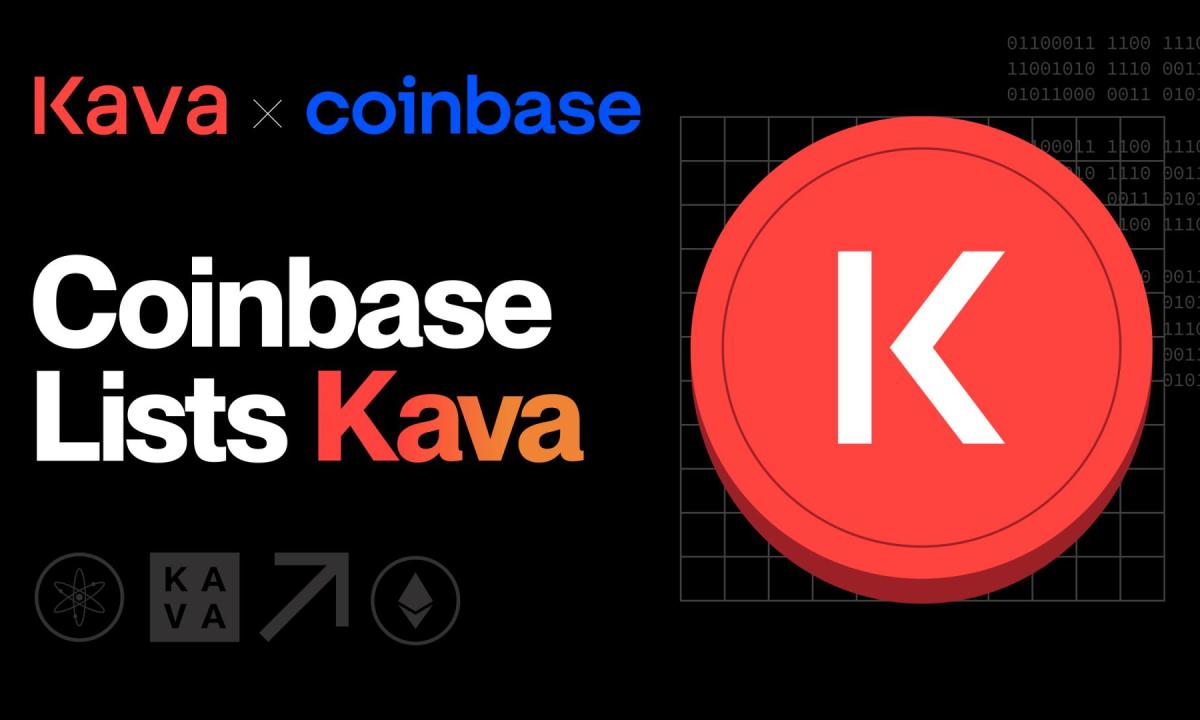 Today, Coinbase has listed Kava and will launch a massive Learning Rewards Campaign to educate its user base about how Kava is leading the world to Web3.

Kava is a decentralized layer-1 blockchain that combines the speed and interoperability of Cosmos with the developer power of Ethereum. Kava has spent the last year building a deep integration with Coinbase that optimizes the process for Cosmos SDK chains to integrate with Coinbase helping to drive new liquidity to the Cosmos ecosystem.

Unlocking Cosmos Liquidity
Coinbase’s native integration with Kava allows for easy listing of Kava ecosystem projects, KAVA staking on Coinbase, and unlocks DeFi usage for Coinbase users on Kava. Additionally, Kava worked with the Coinbase team to make it significantly easier for Cosmos chains to list on the exchange, unlocking access to liquidity for Cosmos projects and further driving the adoption and growth of the entire Cosmos ecosystem. The entire process whittles the timeline for integrating Cosmos SDK chains to Coinbase from 12-18 months to a single month. Cosmos chains can now be integrated as easily as ERC-20 tokens. A major step forward to increasing liquidity within the Cosmos Ecosystem

“It’s exciting to see Kava listed on the largest US-regulated exchange. Coinbase sets the standard as the most important on-ramp for new users and capital into the blockchain ecosystem. I look forward to growing Kava’s exposure to new users, which will have downstream effects for all protocols in the Kava Rise program and the Cosmos ecosystem.” — Scott Stuart, CEO of Kava Labs

Kava was built from the ground up to optimize its resources for protocol growth, strengthened by its Cosmos-EVM technology that enables maximum scalability, speed, security, and developer support. In 2022, Kava combined on-chain and off-chain growth mechanisms into a single developer incentive program called Kava Rise.

Kava Rise aims to set a new standard for enabling growth and demand for thousands of Web3 protocols. Builders earn a share of Kava Rise’s $750M developer incentive fund via the program’s blockchain-based distribution method, designed to reward the top protocols every month based on usage. More than 50 protocols like Curve Finance, Sushi, and Beefy Finance have collectively brought more than $15M TVL into the ecosystem, showcasing the program’s ability to enable protocols to grow and thrive regardless of market conditions.