Bitcoin Cash (BCH) Kickstarts Rally with 10% Price Gains, Ahead of May 2023 Hard Fork 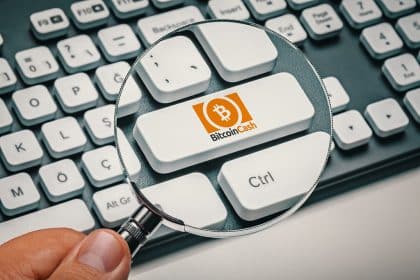 The Bitcoin Cash hard fork ahead this year will bring added security and privacy to the network with CashTokens enabling decentralized applications (Dapps) to run.

The price of Bitcoin Cash (BCH), the native crypto of the first offshoot of the Bitcoin blockchain, has shot up by more than 10% in the last 24 hours. As of press time, BCH is trading at a price of $120 with a market cap of $2.37 billion.

The latest rally in the BCH also coincides with the broader pump in the altcoin space this week. As a result, the Bitcoin Cash (BCH) price is up by more than 20% on the weekly charts. With today’s price action, Bitcoin Cash has broken above its resistance levels of $108. This sets up the altcoin to rally further up to its next resistance level of $150.

Some market traders believe that today’s gain in Bitcoin Cash (BCH) comes as euphoria kicks in as potential network changes are likely with the Bitcoin Cash hard fork upgrade ahead this year in May 2023.

Back in November 2022, Jason Dreyzehner, a developer for Bitcoin Cash had updated that the hard fork will potentially introduce key privacy and security changes to the fledging network.

Furthermore, the developers plan to introduce CashTokens, which would enable to run decentralized applications (Daaps) on the Bitcoin Cash blockchain. Currently, contracts on Bitcoin Cash lack primitives for issuing messages that can be verified by other contracts.

Some of the other proposed improvements that come along with Bitcoin Cash hard fork would include small transaction sizes. This would help to considerably speed up the transactional times as well as the smart contracts functionality. This, in turn, would allow the building of Bitcoin Cash-based applications for recurring payments, crowdfunding opportunities, and derivatives trading, in addition to other uses for Bitcoin Cash users.

Similar to other altcoins, Bitcoin Cash suffered a major price correction last year in 2022 with its price dropping to nearly one-third on the yearly chart. Andrew Kang, founder of Mechanism Capital wrote that the fundamental improvements coupled with the bottom of BCH prices sets the runway for a greater BCH price surge in the coming weeks. “Charts look insanely bottomed and ready for impulse,” Kang tweeted.

Along with Bitcoin Cash, another altcoin Litecoin (LTC) is scheduled for a hard fork ahead this year.

Bhushan is a FinTech enthusiast and holds a good flair in understanding financial markets. His interest in economics and finance draw his attention towards the new emerging Blockchain Technology and Cryptocurrency markets. He is continuously in a learning process and keeps himself motivated by sharing his acquired knowledge. In free time he reads thriller fictions novels and sometimes explore his culinary skills.