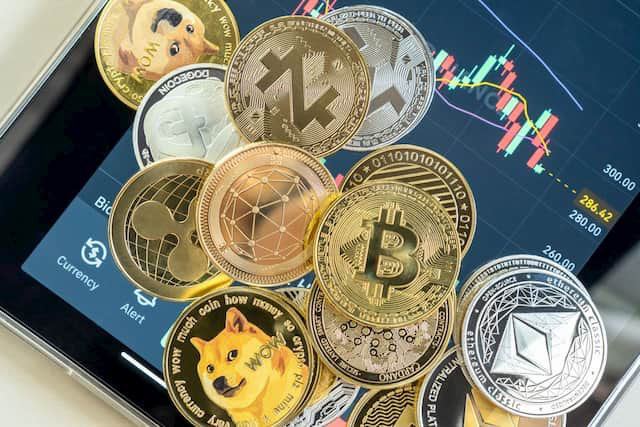 The cryptocurrency market offers an array of options for investors to get involved. Notably, most cryptocurrencies aim to emulate successful projects such as Bitcoin (BTC), an asset that has rallied to be considered relatively expensive for investors hoping to own a whole unit.

However, other assets with potential remain, allowing investors to accumulate from as low as $0.10. Therefore, Finbold highlighted five worth-watching cryptocurrencies under $0.1 for January 2023.

The success of Dogecoin (DOGE) ushered in an era of meme coins that have gained prominence in recent years. The token, which ranks in the ninth position based on market capitalization, has witnessed an increase in its use cases being utilized as a payment option.

Although DOGE has received major backing like the planned network development from Ethereum (ETH) founder Vitalik Buterin, the support from Tesla (NASDAQ: TSLA) CEO Elon Musk stands out as his commentary on the token has acted as a trigger for a price rally.

Dogecoin remains an asset to watch as it might build on the success of 2022, where it had the fifth-highest returns despite trading in the shadow of the 2021 bull market run. Indeed, DOGE is an asset of interest, with lingering speculation that the token might be utilized as a form of payment on Twitter. Dogecoin is currently valued at $0.08, with weekly gains of about 8%.

Tron (TRX) was the best-performing token in 2022 and has extended the rise in the new year, capitalizing on factors like the general market bull run. The attention on TRON has been backed by increased network activity, which has resulted in investor confidence. For instance, at some point, TRX gained after the platform recorded new milestones on the decentralized finance (DeFi) front by surpassing Binance Smart Chain [BSC] in terms of Total Value Locked.

Furthermore, TRX has gained despite its founder Justin Sun emerging as a source of controversy in the cryptocurrency world. As per a finbold report, YouTube investigator Stephen Findseisen, commonly known as Coffeezilla, suggested that the USDD (USDD) stablecoin issued by the TRON DAO Reserve mirrored a Ponzi scheme. TRX is now changing hands at $0.06.

The VeChain (VET) ecosystem navigated the bear market by accelerating the number of partnerships, a factor that is likely to inspire a price rally. Besides the partnerships, the community is banking on the increased use cases of VET, considering that the token can address key challenges in trustless data for businesses ranging from the financial sector to the energy sector.

Indeed, the attention on VET saw the asset emerge among the most active cryptocurrency projects in 2022 and witnessed increased social media engagements.

Overall, with the potential to be applied in different industries, VET can benefit and rally, making investing worthwhile while the prices are relatively low. By the time of publishing, VET was trading at $0.02.

Although SHIB emerged as a meme cryptocurrency with no solid utility, the token has stood out in the market, recording gains and being utilized in areas such as payments and DeFi. Notably, SHIB was among the major casualties of the 2022 market downturn; the Shiba Inu community is banking on the asset to be among the beneficiaries of the current minor rally.

SHIB has already exhibited signs of standing after becoming the most trending cryptocurrency following the new year rally. Shiba Inu is currently valued at $$0.000009158.

Hedera (HBAR) allows entities to create decentralized applications (DApps) and has attracted attention in recent months over the network’s potential. In the past, HBAR’s price has consistently aligned with development activity, a factor that has boosted investor confidence. Elsewhere, the community hopes the network developments will likely help the token rally in the future. Currently, HBAR is trading at $0.05.

Overall, as the crypto market grows, most assets will likely experience a price rally. This makes it sense to acquire the specific assets while still valuable at less than $0.10. Note that cryptocurrencies are divisible, and it is feasible to purchase parts of assets like Bitcoin for $0.10.

Disclaimer: The content on this site should not be considered investment advice. Investing is speculative. When investing, your capital is at risk.

Will the Uptrend in VeChain Continue? A Technical Analysis – The Coin Republic