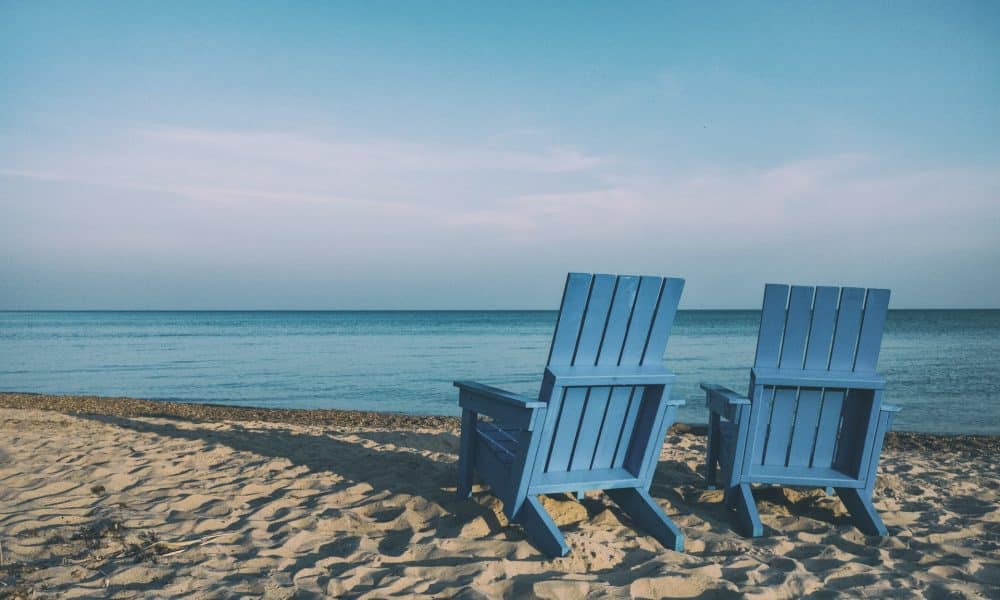 Ethereum’s [ETH] Shanghai upgrade that is expected to go on the floor in March 2023 would enable the withdrawal of staked ETH. As per the latest developer conference, the roll out would mark an end to a two-year wait by validators who can only deposit ETH and not withdraw it.

“As the only major code change in Shanghai, staked ETH withdrawals are currently being tested on a developer-focused test network. Developers aim to launch public testnets for the Shanghai/Capella upgrade next month and tentatively schedule a mainnet launch for the upgrade sometime in March 2023.”

The developers also assured that they are not going ahead with additional Ethereum Improvement Proposals (EIPs) from Shanghai to stick to the timeline for staked ETH withdrawals.

Apart from the much- anticipated EIP-4895 upgrade which will allow validators to unstake ETH, other improvements are expected. These include the reduction of gas fees and improvements in network throughput.

As per data from Staking Rewards, more than 16 million ETH have been staked since the Beacon chain was introduced. This represented 14% of the total supply.

The number of validators also witnessed a stead increase over the past few days. The revenue from ETH staking has jumped by 20% after it fell steeply in mid-December.

However, Ethereum had the lowest staking ratio when compared with other major chains. At just about 14%, the king of altcoins trailed behind other assets, such as Cardano [ADA] and Solana [SOL], which were above 70%.

However, on-chain indicators didn’t compliment the growth in development activity. The Network value to transactions (NVT) ratio chased the higher values, as per Glassnode.

This suggested that the coin was overvalued and market cap did not justify network activity. The transaction count dipped after peaking in December.

Furthermore, the interest among big addresses stayed flat throughout the last few days. This could be due to the prolonged period of low volatility that has gripped the wider crypto market. 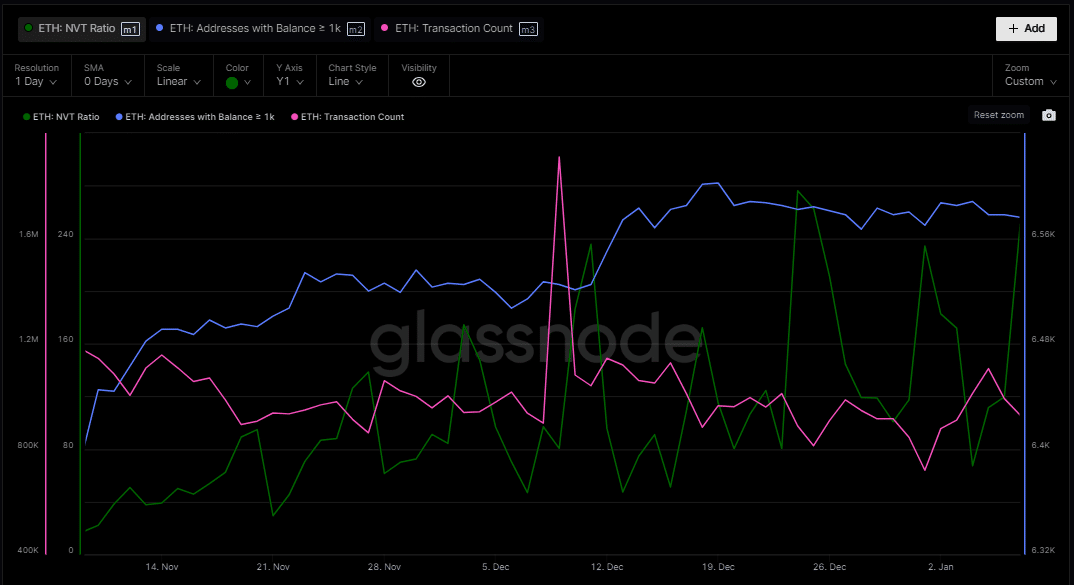 Are your holdings flashing green? Check the ETH Profit Calculator

Interestingly, Ethereum has been on the receiving end of some very sharp digs by Cardano [ADA] founder Charles Hoskinson. Hoskinson has spared no opportunity to mock ETH’s staking algorithm and its ability to allow stakers to withdraw ETH.

Cardano has aggressively tried to position itself as the alternative of Ethereum, thus allowing users to withdraw their ADA from staking pools anytime.