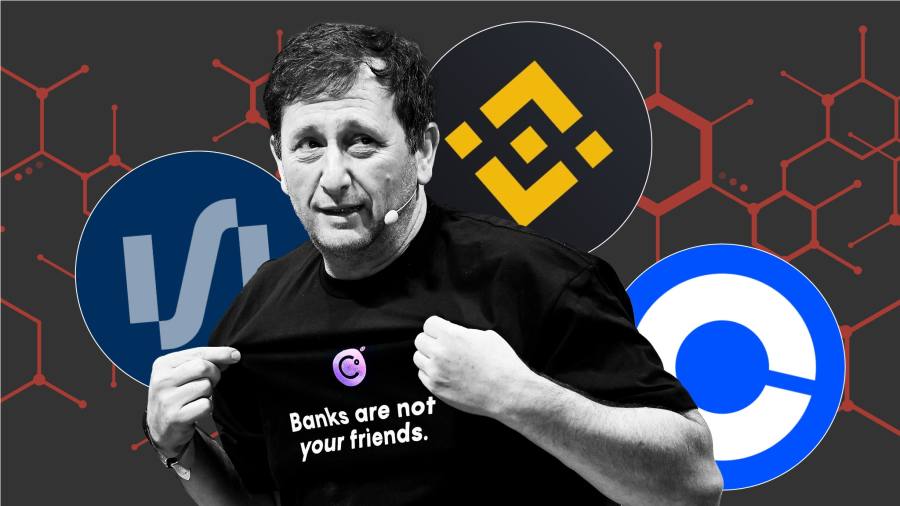 Hello and welcome to the first 2023 edition of the FT’s Cryptofinance newsletter. This week, we’re taking a look at whether crypto turned over a new leaf after a grim 2022. Spoiler alert: it did not.

Some of the crypto industry’s biggest names have been embroiled in clashes with regulators and prosecutors in the opening days of 2023, showing the issues that plagued the sector in 2022 are already spilling into the new year.

“Reality never resets on January 1, and that truth applies to crypto. The shake out will continue — there will be more shoes to drop, more victims of contagion, more clients who learn their money is lost,” Charley Cooper, managing director at blockchain firm R3, told me via text on Thursday.

Let’s kick things off with US listed exchange Coinbase.

The Brian Armstrong-led trading venue reached a $100mn settlement with regulators in New York over anti-money laundering failures. Half of those funds will be paid as a fine, while the other half will be spent by Coinbase improving its compliance systems.

The New York State Department of Financial Services said Coinbase’s systems to enforce anti-money laundering rules were “immature and inadequate”. Coinbase called these shortcomings “historical” and said it had taken “substantial measures” to address them.

Meanwhile, we are only one week into 2023, and three big-name crypto shops have already announced lay-offs.

Crypto-focused bank Silvergate said it would cut to 40 per cent of its workforce. The company’s shares also plummeted 43 per cent in Wall Street trading on Thursday after it said its digital asset clients pulled more than $8bn in deposits late last year during a “crisis of confidence” fuelled by FTX’s collapse.

Similarly, crypto broker Genesis — which halted withdrawals from its lending programme in November — this week cut 30 per cent of its staff, just days after the company said it needed more time to find a solution for its financial difficulties. Cryptocurrency exchange Huobi Global, one of the world’s largest crypto firms that was founded in China, on Friday said it was planning to chop about a fifth of its staff in a “restructuring”.

Still with me? Well, there’s plenty more to come.

Celsius Network founder Alex Mashinsky was hit with a civil suit by the New York attorney-general on Thursday. The former head of the bankrupt crypto lending platform stands accused of defrauding hundreds of thousands of investors and flouting the state’s securities laws.

The former Celsius top man often used the slogan “unbank yourself”, but according to New York attorney-general Letitia James, he “promised to lead investors to financial freedom but led them down a path of financial ruin”.

Mashinsky denies the allegations made by James. A lawyer for Mashinsky said the former founder “looks forward to vigorously defending himself in court”.

Binance again found itself in the regulatory spotlight after the US Securities and Exchange Commission intervened in a $1bn deal that would see its US affiliate buy the assets of Voyager Digital out of bankruptcy. Wall Street’s top cop said there wasn’t enough information to show how Binance US would close the deal, while Binance US said a “diligent review of the deal is to be expected and welcomed”.

Binance says its US affiliate licenses its exchange technology, but maintains they are independent businesses. However, Binance and its web of global affiliates have come under heightened scrutiny after the collapse of rival FTX renewed anxieties over opaque relationships between linked crypto entities.

Finally, US federal prosecutors in Brooklyn unveiled fraud charges against Aurelien Michel, a 24-year-old French national accused of defrauding “Mutant Ape Planet” NFT investors of almost $3mn in cryptocurrency. His lawyer did not respond to a request for comment.

Kudos to you for getting this far, but enough about 2023. In the next section, I’ll be catching you up with all things crypto that happened over the Christmas holidays.

Thoughts on crypto’s start to the year? Email them to me at scott.chipolina@ft.com.

Join FT Live at Davos where we will host a number of in-person and digital events alongside the World Economic Forum Annual Meeting this January. The sessions will gather leaders in policy, business and finance to share insights into the big issues being debated and the solutions that may pave the way to renewed growth, stability and resilience. View the events and register for free here

A reminder: Genesis first halted withdrawals from its lending programme in November. The scheme allowed clients to put up their crypto coins in exchange for big returns. Crypto exchange Gemini, which used Genesis for its own “earn” programme, has been swept into the debacle. Genesis owes clients of Gemini $900mn.

Cameron Winklevoss, co-founder of Gemini, has run out of patience with Barry Silbert, head of Digital Currency Group, which is the parent of Genesis and other companies including digital asset management firm Grayscale and crypto media site CoinDesk.

“For the past six weeks, we have done everything we can to engage with you in a good faith and collaborative manner in order to reach a consensual resolution for you to pay back the $900mn that you owe . . . however, it is now becoming clear that you have been engaging in bad faith stall tactics.”

Silbert responded to Winklevoss, arguing DCG had sought to communicate with Gemini in late December but had not received a response. You can read the Twitter fallout here.

Data mining: A note on tether

The past 12 months have been a truly terrible time for the crypto industry.

Bitcoin — the industry’s flagship cryptocurrency — fell by roughly two-thirds in 2022. Tether, the company behind crypto’s largest stablecoin USDT, is also feeling the effects of a prolonged market drought.

According to numbers shared by data provider CryptoCompare, the monthly trading volume of the bitcoin-tether pair fell to 6.6mn coins in December, its lowest point since April 2022.

86% of Stablecoin Issuer Tether Was Controlled by 4 People as of 2018: WSJ – CoinDesk