Bitcoin: El Salvador on the brink 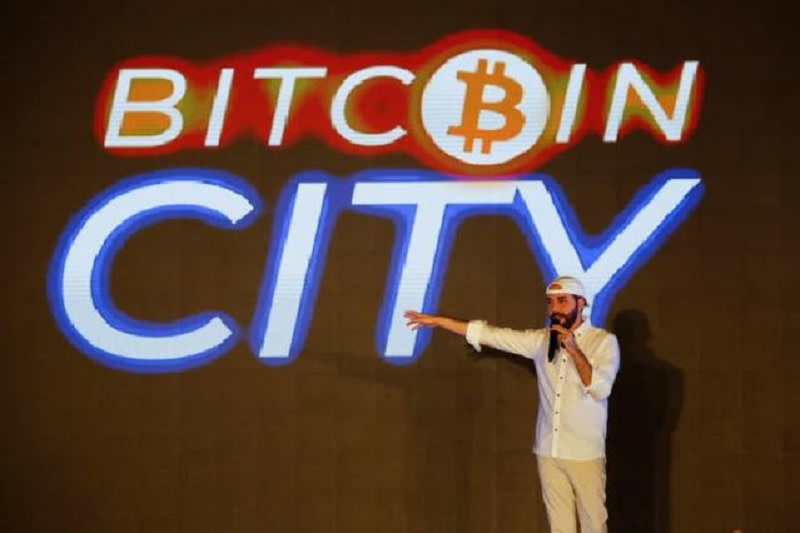 Investing.com – It has been more than a year since El Salvador became the first country in the world to introduce the as legal tender. After initial teething troubles, it looked as if the initiative taken by President Bukele might be a success. In the meantime, however, the tide seems to have turned, which is not only due to the slump in the Bitcoin price, but rather due to information coming to light about the country’s BTC program.

The launch of the El Salvador-commissioned Chivo wallet, which serves as a central hub for BTC payments, was anything but smooth. The wallet’s developer, Athena Bitcoin Global, had to hire an outside firm tasked with eliminating existing bugs. Texas-based software company ROI Developers/Accruvia took on this task. According to this company, Athena Bitcoin Global failed to pay an invoice of over $80,000, which led to a lawsuit.

According to No Ficcion, some shocking details came to light in the process. The goal set by President Bukele of 50,000 Chivo signups on launch day was in danger of failing. ROI stated in court that the implemented verification service crashed during the first 150 signups. However, the verification was unavoidable because each new user received a $30 bitcoin starter credit from the government.

In order not to jeopardize the presidential campaign, the operator reportedly decided to disable the KYC process. It then apparently no longer required to check whether the registered users actually existed. According to ROI, fictitious profiles were created with user photos of potted plants, which was enough to get the $30 gift. The resulting damage is likely to be in the millions of dollars.

Some of the Chivo users also discovered that the wallet was ideal for getting into day trading. The BTC rate was updated only once a minute, according to ROI, which opened up the possibility of profitable arbitrage trades. All one had to do was compare the rate on the Chivo wallet with the current rate from the data provider. This way, one knew where the wallet’s Bitcoin rate would be in a minute and whether it was better to buy, or sell. There is also said to be a verifiable case in which a user traded his wallet up from $2,000 to $400,000. The money earned in this way had to be serviced directly from the state budget.

Then there was a bug fix that allowed an exchange rate of 1:1. The bargain hunters made 3600 transactions with a volume of $180,000. However, the real value was over $10B, “which immediately made the government insolvent.” Even before the payouts could be stopped, $250,000 flowed out of the system, according to ROI.

It all ended with Athena Bitcoin Global stopping work on the Chivo wallet in December 2021. Instead, iFinex was tasked with taking over the administration of Chivo. By that time, President Bukele had already announced that he was establishing a “Bitcoin City” and issuing $1B worth of “volcano bonds” to implement this plan.

According to No Ficcion, that was the reason iFinex would henceforth operate the Chivo wallet. iFinex is the parent company of both the stablecoin and crypto exchange Bitfinex. Seemingly an ideal mix to make the Bitcoin City and Volcano Bonds a similar “success story” to the staggeringly high signup numbers at the wallet’s launch.

Last month, Bukele introduced a bill that would give Tether similar rights to legal tender Bitcoin. The volcano bond was supposed to launch last spring, but that was postponed due to the war in Ukraine. Now it is back under discussion, although interest from institutional investors is likely to be low due to the recent market turmoil.

No Ficcion expects that the bond will not be a slow seller nonetheless, as iFinex has enough financial power through Tether to thank the president for the “trust” it has placed in it. To date, Tether has not disclosed what collateral is backing the stablecoin at all. This is a good condition to covertly buy into the volcano bond with its 6.5% interest rate and strengthen its position in El Salvador.

Implementation could be imminent, as El Salvador needs $667M in January to pay claims on a maturing bond. The country does not seem to have these funds and is said to have already applied to the IMF for a bailout, which was rejected.

The cryptocurrency managed to break out of its recent range today after several consecutive days of trading around the 23.6% Fibo retracement of $16,986. Today’s upside move is supported by a daily close above the aforementioned Fibo retracement. 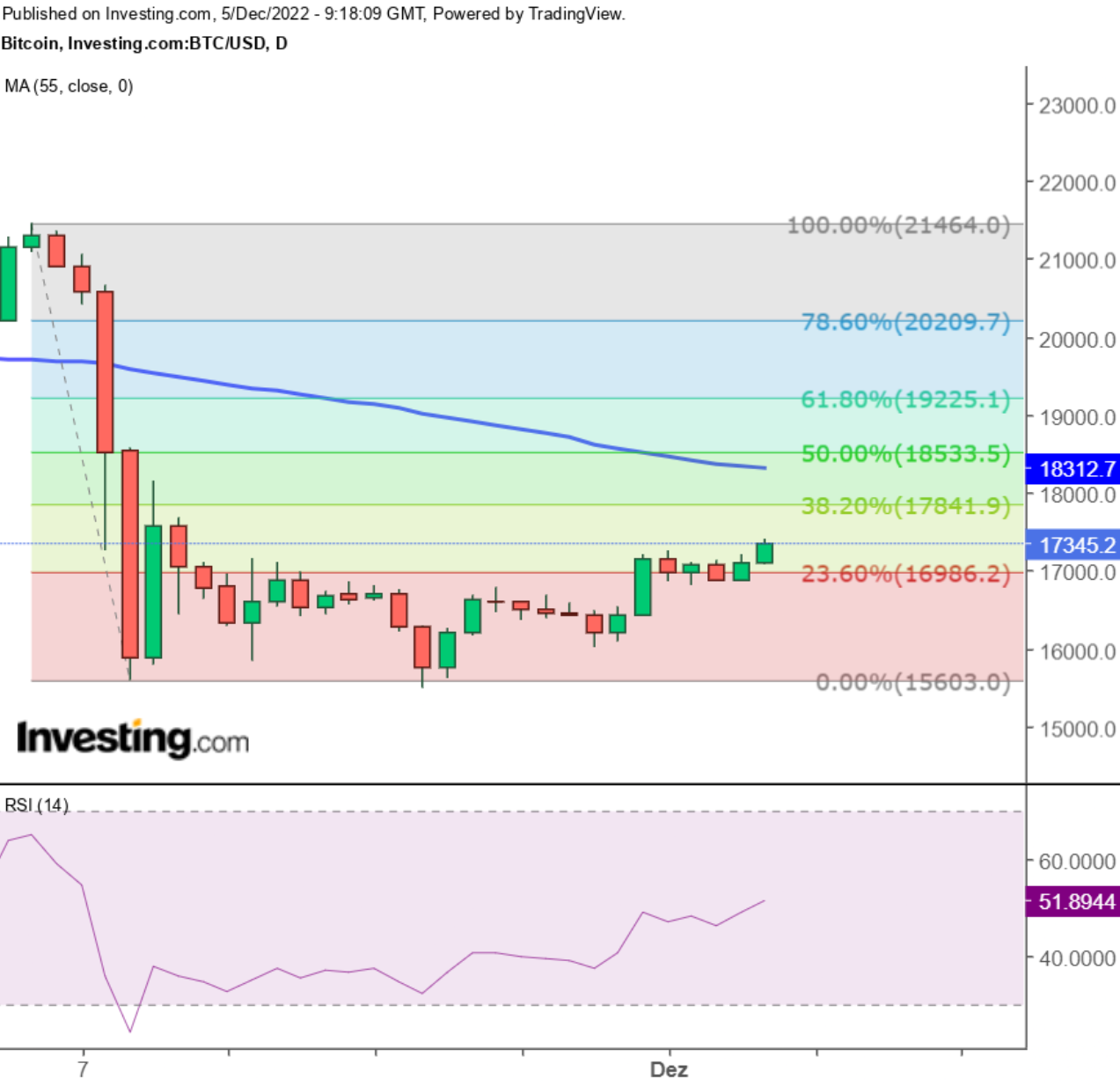 Only if the bulls fail to defend the support of the 23.6% Fibo retracement on a daily closing basis, a downward movement toward the low of November 28, which can be found at $16,013, must be expected.

86% of Stablecoin Issuer Tether Was Controlled by 4 People as of 2018: WSJ – CoinDesk