What Is Web3 and What Is Its Role in NFTs? 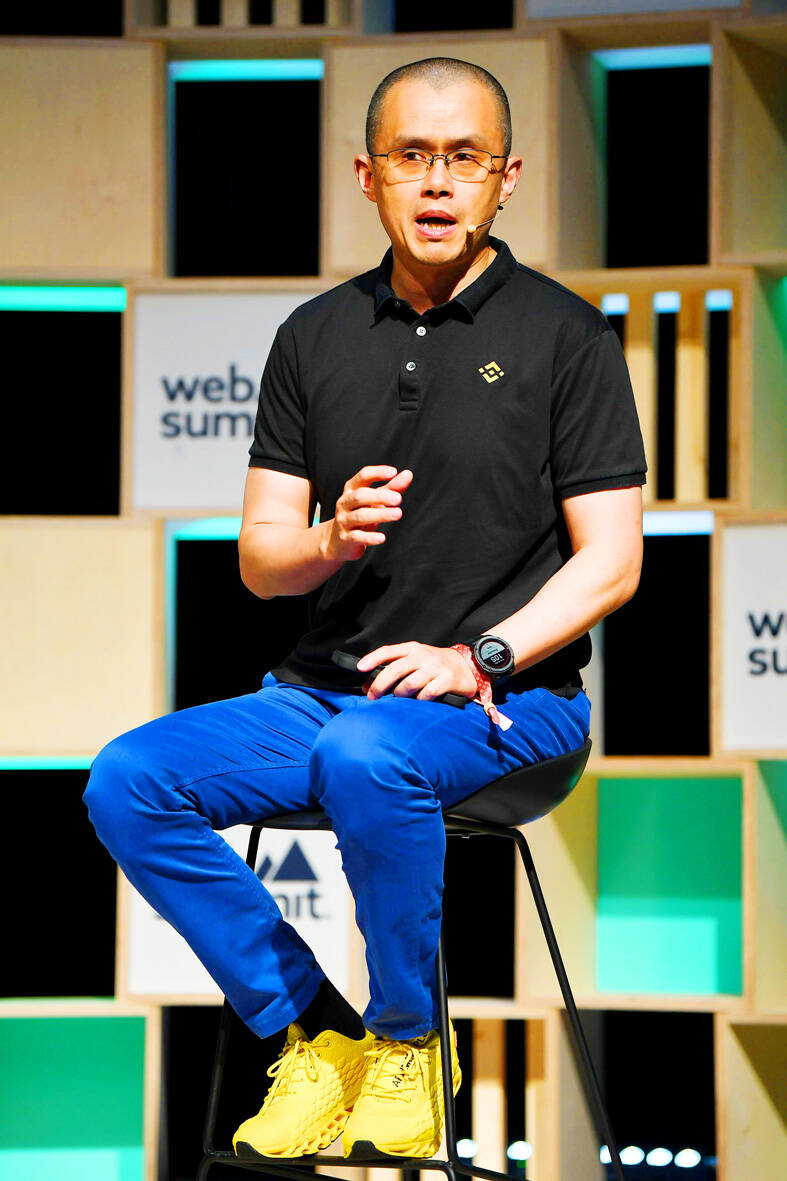 Cryptocurrencies extended declines as Binance Holdings Ltd’s (幣安) potential takeover of embattled rival exchange FTX.com highlighted how strains in the digital asset industry are buffeting some of its top players.

Bitcoin, the largest token by market value, fell as much as 3.8 percent yesterday, after a decline of nearly 10 percent a day earlier, and was trading at about US$18,120 as of noon yesterday.

Binance chief executive officer Zhao Changpeng (趙長鵬), who is also known as CZ, on Tuesday stunned the cryptocurrency world with an announcement that his firm was moving to take over rival FTX, which he said was seeing a liquidity crunch.

Traders cited a Twitter post by Zhao that a letter of intent between the two parties is nonbinding as contributing to the market turmoil.

Investors are on edge about spreading contagion given the pivotal role FTX and its cofounder, Sam Bankman-Fried, played in the industry.

FTT, the utility token of the FTX exchange, collapsed more than 70 percent within 24 hours and was trading at about US$5, CoinGecko data showed.

The price of sol, the native token of solana blockchain — which is associated with FTX and linked cryptocurrency trading house Alameda Research — posted dramatic drops alongside other tokens of solana-based projects.

“The letter of intent is nonbinding, which means that further issues could still arise if CZ/Binance decide to back out of the deal,” CryptoCompare research associate David Moreno Darocas said.

The letter of acquisition intent by Binance came after a bitter feud with Bankman-Fried spilled into the open.

A day before reaching a deal, Bankman-Fried wrote on Twitter that assets on FTX were “fine.”

Terms of the emergency buyout were scant, with Binance saying the agreement came after “a significant liquidity crunch” befell FTX and the firm asked for its help.

Bankman-Fried and “FTX were the biggest patrons of solana,” Teng Yan, a researcher at digital-asset research firm Delphi Digital, wrote on Twitter. “This era is over. Binance has taken over, and they will heavily favor BNB chain over Solana. Alameda had ~$1B in locked and unlocked $SOL, which they’ll have to sell if insolvent. This puts a huge sell pressure on $SOL.”

The FTX-Binance ordeal gave some traders flashbacks to the issues at Celsius, a cryptocurrency lender that collapsed earlier this year, as well as those seen by other companies that were engulfed in this year’s crash in digital assets.

“I am confident these two cryptogiants will do the right thing to protect investors and the industry,” he said.

Comments will be moderated. Keep comments relevant to the article. Remarks containing abusive and obscene language, personal attacks of any kind or promotion will be removed and the user banned. Final decision will be at the discretion of the Taipei Times.

Polkadot (DOT) Price Prediction 2025-2030: DOT holders shouldn’t give up because…

Now Sell USDT in Dubai Service is Facilitated by SUID