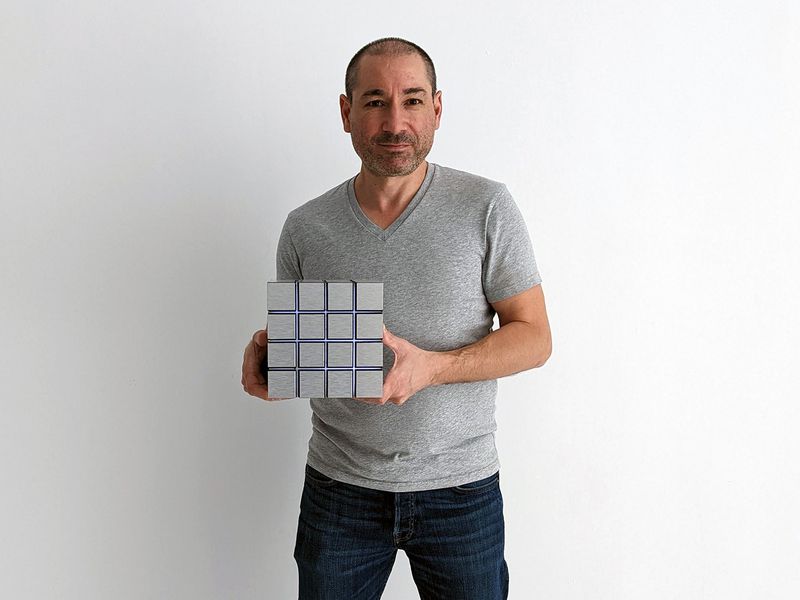 Anthony Di Iorio, the co-founder of Ethereum, Decentral and Jaxx Liberty, unveiled a project he says he’s envisioned, designed and built over the span of a decade. The project, dubbed Andiami, blends game theory with cutting-edge hardware, to bring blockchain computers to a wider audience.

The multi-year endeavor is seeking to counter blockchain centralization by enabling crypto users to run full nodes with little to no technical expertise. A full node is a computer that stores the complete transactional history of a blockchain network.

The project’s tentative timeline extends to 2025. The first year (2023) focuses on the project’s game theoretic components: a game entitled The Quest for Liberty, a player kit and Digital Life Tokens that players earn in the game.

From 2024 to 2025, the focus shifts to Andiami’s flagship hardware product – “The Cube”– a plug-and-play blockchain computer that runs full nodes for networks like Bitcoin and Ethereum.

Many crypto users find the technical requirements for running full nodes too daunting. Di Iorio hopes the plug-and-play nature of The Cube, coupled with carefully crafted gamification, will make it easy and fun for users to run their favorite network’s full node, and in doing so, further decentralize blockchain infrastructure.

“The goal is empowering people with what they need to be in control of their digital lives. It starts with you being your own server.” Di Iorio told CoinDesk in an interview. “Anything that revolves around having a third party trusted intermediary between you and your money, or you and your identity, or you and your communications, isn’t the ideal situation.”

Di Iorio has been solving difficult crypto problems for many years. He wants to apply the problem-solving framework he used in prior endeavors to societal issues and has pledged $1 million to create an entity focused on this goal. .

“I have a framework for solving problems called ‘Perfect Formula.’ It’s a framework I built to solve problems with the end game being to create as many wins for as many stakeholders as possible,” Di Iorio explained.

Many people are familiar with author Stephen Covey’s “win-win” concept that emphasizes mutually beneficial solutions to difficult problems. Di Iorio wants to extend this idea to create what he calls, “win-win-win” outcomes.

“There’s so much competition and divisiveness in this ecosystem, Di Iorio said. “Our goal is to support the best projects and to give tools to the projects that aren’t as good, to get better.”

The idea of everyone winning together is how Andiami got its name. Di Iorio is part Italian and modified the word, “andiamo” (Italian for “let’s all go”) to better encapsulate his concept. “In Italian and in other languages, adding an “i” at the end [of a word] pluralizes it. So it’s not just, ‘let’s all go,’ it’s ‘let’s all go together,’” Di Iorio explained.

The initial phase of the Andiami project revolves around The Quest of Liberty – a game where users buy player kits containing puzzles that can be solved to unlock Digital Life Tokens. Di Iorio says player kits will retail between $500 and $5,000.

“A lot of things are going to depend on demand,” Di Iorio said. “A lot of it is dependent on how many people join the waitlist and our funding targets for selling the player kits to make sure we have the funds we need to continue at different stages.”

Whatever the price ends up being, users will need to purchase player kits containing “Non-Fungible Phygitals” (NFPs) – physical items like player cards, embedded with NFC (near-field communication) authentication chips to link digital and physical worlds together.

Read more: Tech Behemoths Could Become ‘Dinosaurs’ if They Enter the Metaverse for the Wrong Reasons, Deepak Chopra Says

“‘Phygital’ is a term I coined and we’re going to be using it in all the products we put out. From the puzzle books, to the puzzle cards, to the player kits,” Di Iorio said. “So when you tap a card, it uses public and private key cryptography to verify authenticity.”

With player kits and “phygitals” in hand, players will use what Di Iorio calls, “Proof of Puzzle Solve” (POPS) to unlock Digital Life Tokens that will function as the default currency in the Andiami ecosystem.

Andiami will culminate with the launch of The Cube. Di Iorio describes it as a specialized, plug-and-play computer specifically designed to run a variety of full nodes. Just as there are gaming consoles for gamers, Di Iorio wants to build blockchain computers for crypto users.

“They’re specific just like gaming consoles. They’re made to be blockchain computers. They’re unique depending on which chain they are,” Di Iorio explained. “We’ve got Cardano, we’ve got Cosmos, we’ve got Polkadot, we’ve got Bitcoin, we’ve got Litecoin. These are all boxes we’ve already created and have running right now.”

Di Iorio says he’s spent years perfecting a system that enables his company’s infrastructure to run with little to no downtime. Jaxx Liberty is a cryptocurrency wallet that runs multiple blockchains and dozens of tokens. He plans to bring that system, tentatively named, “NodeX,” into the hands of retail users.

“We’ve developed a system that doesn’t require any maintenance. Because when you’re running a node, one of the biggest issues is technical difficulties,” Di Iori said.

Andiami’s goal is to further decentralize crypto infrastructure. Much of crypto’s infrastructure is run on giant cloud computing provider platforms like Amazon Web Services (AWS) or outsourced to infrastructure firms like Infura. Andiami’s end game is to transition that infrastructure to regular users by making it less intimidating to run a full node.

One way to accelerate that transition is by creating a “node sharing” protocol that connects Cube owners over the Internet, allowing them to earn rewards for sharing their infrastructure resources.

In 2023, Snowfall Protocol Expected To Triumph Over Polkadot (Dot) And Stellar (Xlm) Coins!