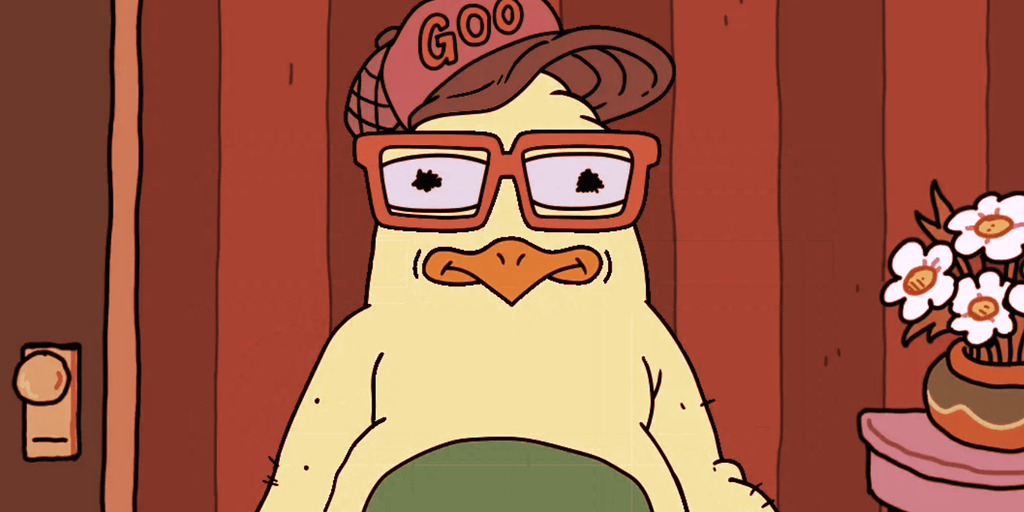 But the chatter around Crypto Twitter isn’t purely focused on the level of trading demand, today’s artwork reveal, or even the project’s novel approach—which lets users mint their own artwork as Page NFTs and trade “Goo” tokens to yield even more NFTs.

Instead, much of the discourse around Art Gobblers over the past day has surrounded the role of notable NFT influencers on social media—including whether they were compensated with free and ultimately valuable NFTs, and whether they’re fueling a system in which powerful voices are taking advantage of their platform without proper disclosures.

Art Gobblers launched 1,700 Gobbler artwork NFTs yesterday that could be minted for free by anyone who was added to an approved allowlist. Another 300 NFTs were reserved for project creators and contributors, with a further 8,000 Gobbler NFTs to be released gradually over the next 10 years ahead.

Soon thereafter, the NFTs began selling for significant sums via secondary markets, with the cheapest available NFT currently listed for 14.5 ETH—about $22,850. One NFT sold for nearly $138,000 worth of ETH on Monday evening.

Amid the surge of secondary sales, Crypto Twitter lit up with viral tweets sharing lists of prominent NFT influencers, content creators, and personalities that had successfully minted one of the NFTs. Broadly, the initial reaction was negative, with some users claiming that it reflected the outsized benefits gained by influencers with a large audience.

I am not accusing anyone of impropriety

But many people (including me) think the NFT game is rigged

“This is why NFTs will never be taken seriously,” tweeted notable pseudonymous influencer ShiLLin_ViLLian. Complaints from other Twitter users were sometimes less kind, as some alleged that there were pay-for-play agreements for popular NFT collectors to hype the project in return for an allowlist slot, without clear disclosures shared.

It’s not the first time that outspoken collectors and creators have been accused of trading hype and promotion for potentially valuable NFTs. Often, when an NFT project launches and prices soar, Twitter users will point out influencers that minted from the allowlist, especially if they then sell right away—in other words, a pump-and-dump.

Such allegations aren’t always supported with evidence. However, the perception that NFT collectors with social capital are using their influence to personally benefit from projects rails against the so-called WAGMI (“we’re all gonna make it”) ethos of equal footing for all in Web3. The level of vitriol around Art Gobblers suggests that the perception persists.

Going to say one thing & one thing only re: Art Gobblers…

When it’s the same people (influencers or not) at the helm of extremely profitable mints & getting caught in the middle of dumping fiascos, the chances of it simply being a coincidence drastically decreases.

If such influencers and collectors really are engaging in such exchanges—whether around Art Gobblers or other projects—then they typically are not making public disclosures of such agreements. That’s complicated further by the fact that many notable collectors in the space are pseudonymous, and followers may not know their real name or background.

Social media influencers are required to clearly disclose paid endorsements in the United States, as dictated by the Federal Trade Commission (FTC). Meanwhile, celebrities and influencers that promote cryptocurrencies and related products are increasingly facing scrutiny and punishment from the SEC—as Kim Kardashian recently discovered.

According to a September tweet thread from Art Gobblers, the creators opted to “hand-pick” artists and Web3 builders to mint the NFTs, who in turn nominated others to join the list as well. Some minters tweeted that they had gained access simply by participating in the project’s Discord server. Decrypt reached out to Art Gobblers for comment on any potential influencer agreements, but we did not hear back by the time of publication.

Wang previously hosted a Twitter Space interview with Roiland, and has tweeted extensively over the last day about his participation around Art Gobblers and the backlash. He revealed that he had operated an “official Art Gobblers account” on Twitter based on a fictional character, which hadn’t been disclosed until today.

fuck it, i’m proud of the work i did for art gobblers.

the last 2 months, i ran an official art gobblers account, a fictional character created by Justin Roiland, Dave, and me. His name is Balthazar Crumps, and we created him with no promise of wl, but for me to be an artist. pic.twitter.com/XsAur9V54S

Even so, Wang told Decrypt today that “there was no agreement to promote in return for an allowlist slot.” Sarmad and Zeneca did not reply to Decrypt’s request for comment by press time.

Fxnction is the only one of those influencers who immediately flipped and sold his Art Gobblers NFT; the others still have their NFT within their respective wallets. He tweeted about the move last night: “I got that shit and dumped it fast. Free $18K. You expect differently?”

While all your other influencers friends are tryna explain why they sold their free mint for 15 ETH in minutes, i will tell you 1 thing:

I got that shit and dumped it fast. Free $18k. You expect differently?🫡

He told Decrypt today that he did not promote or tweet about Art Gobblers ahead of the launch, and claimed that he got on the allowlist by joining the Discord server early. He also commented on the backlash, drawing a distinction between those who use their audience to boost a project that they believe in, and those that cash out after hyping a buzzy NFT drop.

“I think [people] can do [whatever] they want with their assets, even if they got them by having followers,” Fxnction said. “That being said, it becomes a thin line if someone is actively shilling and pushing it, then just exits. That’s where the community controversy starts (understandably).”

If Fxnction and other minters earned access to the Art Gobblers allowlist by participating before the hype, then it could happen to anyone—right? That’s the Web3 ideal, that early supporters of a project benefit over time, although there’s still a lot of suspicion that influencers are given preferential treatment in the hopes of generating more interest around a drop.

Since last night’s trading frenzy, some of the hostility has quieted, and other collectors and creators have defended those who were targeted for minting an NFT. Pseudonymous Web3 creator Loopify, for example, called out supposed “misinformation” and shared anonymous messages from minters who said that selling their NFT brought them life-changing money.

the wave of misinformation around art gobblers mint is not only affecting the team building it, but the reputation for minters too

Fxnction suggested to Decrypt that there’s room for creators to better regulate allowlists and avoid such backlash in the future… but also that anyone upset about it should have taken notice earlier.

“[You] can really set rules for this [type of] stuff, as I see a [lot of people] constantly push,” he said. “It’s Web3. If you were paying attention earlier enough, anyone could’ve grabbed [allowlist].”