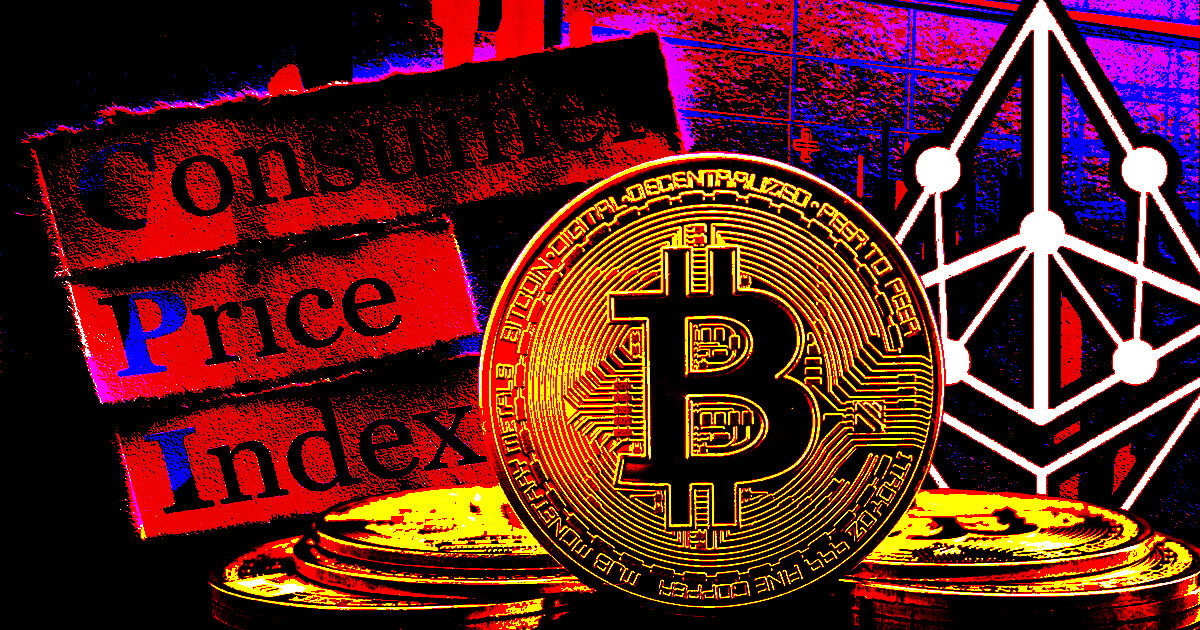 The biggest news in the cryptoverse for Sept. 12 includes Bitcoin’s 5% price fall after the CPI report, Ravencoin seeing an increase in hashrate and price, and the Canadian Prime Minister’s criticism of the newly elected pro-Bitcoin leader of the conservative party.

The Bitcoin rally that started on Sept.9 ended on Sept. 13 with the Consumer Price Index (CPI) release. The CPI showed a 0.1% increase in August to reach 8.3%.

As soon as the CPI rate was announced, Bitcoin recorded an immediate 5% fall, degrading to $21,600. Moreover, experts are anticipating that Federal Open Market Committee will decide on a 75 basis point hike during their meetings on Sept. 20-21, which is expected to push Bitcoin even lower.

The Ethereum Proof of Work team announced that the PoW mainnet will fork at the block height of the 2048 blocks after the Merge. The time to mine 2048 blocks is roughly 24 hours so the PoW hard fork can be expected a day after the Merge, on Sept. 15.

Trudeau tweeted, “Telling people they can opt out of inflation by investing in cryptocurrencies is not responsible leadership.”

Mishustin said Russia would have to adjust to the crypto world because of the economic sanctions against the nation. He said that there should be:

“effective mechanisms that will provide the economy with the necessary financial resources, preserve the continuity of enterprises and industries, and therefore jobs.”

Ravencoin is one of the PoW coins that was expected to attract ETH miners after the Merge. It seems like the coin has been successfully luring in new holders, as it recorded a 70% price increase in the last seven days.

Helium developers have been looking for alternative blockchains before inking the deal with Solana. The candidates include Polkadot, Ethereum, Polygon, Avalance, and Algorand.

Algorand executives stated their confidence in being the best-suiting blockchain for Helium. Algorand CEO and CTO tweeted to let Helium know they’re ready to settle a partnership.

Galaxy Digital had agreed to purchase BitGo for $1.2 billion in stocks and cash in May 2021. However, Galaxy Digital terminated the purchase plan on Aug. 15, 2022.

Late yesterday, BitGo filed a lawsuit against Galaxy Digital seeking damages of more than $100 million arising from Galaxy’s improper repudiation and intentional breach of its merger agreement with BitGo.

As a counter-action, BitGo filed a lawsuit against Galaxy Digital. The company is asking for $100 million in compensation for damages due to breaching the merger agreement.

CryptoSlate analysis of Ethereum derivatives indicates that traders are expecting a price dip to occur after the Merge.

Indicators like the volatility smile, options open interest, and annualized perpetual funding show that investors are careful with their Ethereum purchases and brace for a price fall after the Merge on Sept. 14.

News from around the Cryptoverse

Celsius is planning to re-launch after the winter is over

Bankrupt crypto lending platform Celsius is plotting to come back after the winter market is over, according to The New York Times,

Celsius CEO Alex Mashinsky reportedly met with all the staff and created a detailed revival plan for the company. It has been reported that Celsius will focus on custody this time.

The duo will support mining initiatives that are willing to use carbon-free or carbon-negative methods for mining.

Get an Edge on the Crypto Market 👇

Crypto Winter Has No End In Sight