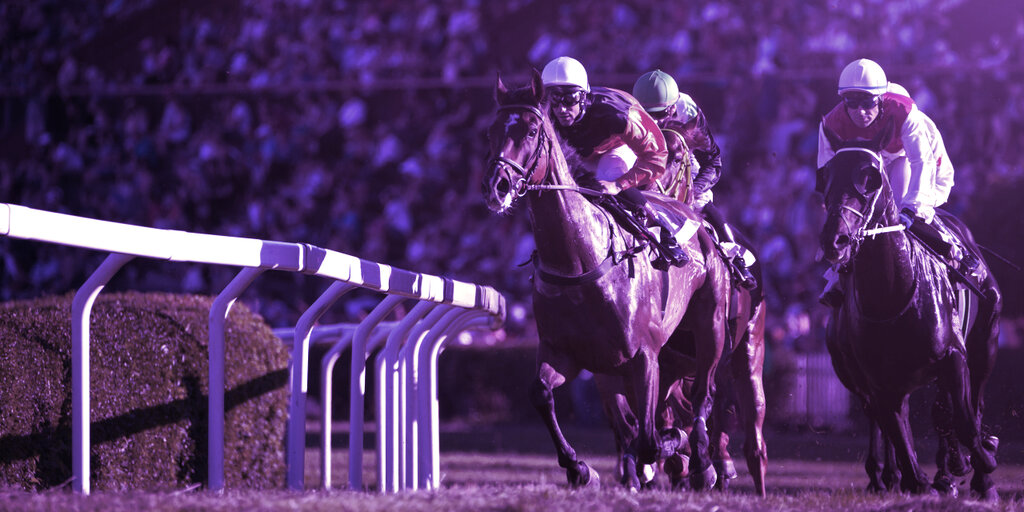 For a while there, it looked like Circle’s USDC stablecoin was within range to overtake Tether, its biggest competitor.

Starting in June and through the end of July, the gap between the two stablecoins’ market capitalizations hovered around $10 billion. While that’s still a pretty sizable lead, keep in mind that USDT and USDC started the year with $36 billion worth of daylight between them.

But things have shifted dramatically since then. At the time of writing, USDT’s market cap is $68 billion and USDC’s is $52 billion. That means Tether has managed to reclaim $16 billion worth of the gap between it and its rival.

In the past month, Tether has taken steps to further reduce commercial paper in its treasury, the assets that back USDT and allow users to redeem it for cash. Tether also appears to be taking a hands off approach to the U.S. Office of Financial Assets Control’s sanctions against Ethereum mixer Tornado Cash. The company hasn’t said explicitly that it’s skirting sanctions, just that U.S. law enforcement hasn’t yet asked it to enforce them.

In the same time, USDC, which is issued by Circle, has dealt with some headwinds.

Over the weekend, Binance announced that it would begin converting user balances and deposits of USDC, Pax Dollar (USDP), and True USD (TUSD) into its own Binance USD (BUSD) stablecoin. On its face, the news sounded like it would deal a blow to USDC.

But Circle CEO Jeremy Allaire doesn’t see it that way.

“Given how limited BUSD usage is outside of Binance, this will likely benefit USDC usage as the preferred cross CEX and DEX stablecoin rail,” he wrote in a Twitter thread yesterday. “Unless Binance can convince all their competitors to get behind BUSD. Unlikely.”

To simplify his argument, USDC could get a bump if, as Allaire predicts, it becomes the preferred way to move cash on to and out of Binance’s exchange.

Paolo Ardoino, chief technology officer at Bitfinex and Tether, didn’t reply directly to Allaire, but he did retweet others who said the Binance announcement signaled the “beginning of the end for USDC” and calling it a “hostile takeover of competing stablecoins to capture the yield on their deposits.”

Circle is also facing an uncertain future for its long awaited merger with blank check company Concord Acquisition Corp. The deal, originally announced last July, valued Circle at $4.5 billion. When the company announced in February that it had terminated its agreement with the special purpose acquisition company, or SPAC, and entered a new one that doubled its valuation at $9 billion.

The press release said that the deal would be completed by December of this year, with an option to delay until the end of January 2023.

The dollar-pegged stablecoins, the two largest by wide margins, came into 2022 looking strong.

Tether (USDT) had a market capitalization of $78 billion in January and was on its way to setting what would become a new all-time high of $83 billion in April, according to CoinMarketCap.

Meanwhile, USDC started this year at $42 billion, peaked at $53 billion in March and saw its market cap start to recede. Then Terra network’s stablecoin, TerraUSD, lost its dollar peg and saw its price plummet to $0.35 on May 9. Over the next couple of weeks, Terra’s crash wiped out $40 billion from the crypto market.